New Boxster come and go, but that there is a new name which is for Porsche sports cars a rarity. 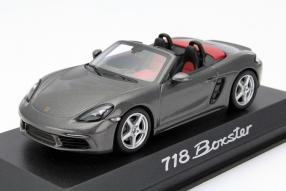 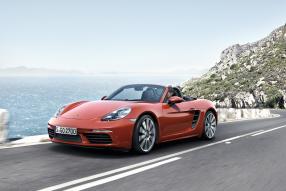 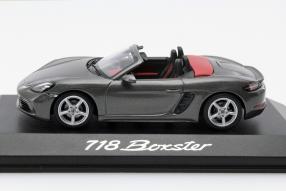 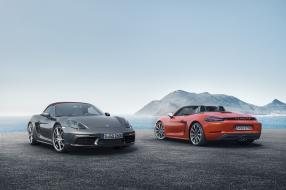 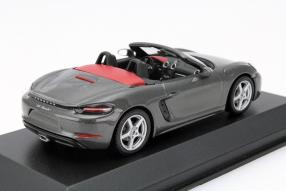 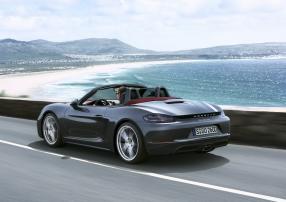 The Aachen model AutoLabel Minichamps has the license for production of the new 718 Boxster secured and presented shortly after the Geneva Motor Show 2016, the first made in 1:43 scale advertising model for the new Porsche 718 Boxster in typical Porsche package. The Stuttgart carmaker has the Boxster donated not only a new name 20 years after the debut of the first edition, but a really good car made of it: the sports cars from Zuffenhausen gets new four-cylinder engines and a sharpened, in the contours significantly more attractive appearance. The team led by Paul G. and Romy Lang has transferred the new appearance of the entry-level sports car of the brand perfectly to the new model car that we want to look at more closely.

With the number 718 Porsche will recall the era of mid-engined sports car that won numerous races between the 1950s and 1960s; including the legendary Targa Florio and the 24 Hours of Le Mans. The launch of the mid-engine sports car in Europe begins on 30 April. The 718 Boxster costs in Germany from 53,646.00 euros, the 718 Boxster S from 66,141.00 euros each with country-specific equipment and including VAT. The first model car to 718, however, is to have immediate effect in the color Agate Grey Metallic for comparably priced 54,95 Euro. The folded-back top is colored red; the combination corresponds to the color catalog of Zuffenhausen, taken by the appearance of the model exactly.

The new features compared to its predecessor

The model car is made of die-cast zinc. But we now come to the new look of the Boxster, the 718 now states: The vehicle has been completely redesigned, to the trunk lid, the windshield and the hood. In the interior, a redesigned dash panel frames the cockpit. These standard on board the Porsche Communication Management (PCM) recent version with a modern touch. The navigation module is available as an option. The front section of the new roadster is a significantly stronger profiled molding. The front appears wider and more masculine. Given Porsche: "The significantly larger air intakes in the front provide the new Turbo engine concept is externally concise." All of these innovations has taken Minichamps prototypically.

Rounding out the brand new front of 718 Boxster through the newly designed bi-xenon headlights with integrated LED daytime running lights. In the side view of the 718 to the autonomous redesigned fenders and sills can be seen. A few key figures from the area of ??the model car, which in the absence of easy-open doors and hoods for the fan of 1: remains largely hidden 43ers: The conversion to the 4-cylinder is the most significant innovation; because of the tightening of environmental regulations is also the 718 as the 911 basically turbo fired: The heart of the new model is the newly developed four-cylinder boxer engine with turbocharging: The 718 Boxster provides 220 kW / 300 hp from 2.0 liters of displacement, the 718 Boxster S comes 257 kW / 350 hp at 2.5 liters.

In S-model Porsche is also using a turbocharger with variable turbine geometry. Porsche has thus alongside the 911 Turbo in 718 Boxster S is the only manufacturer VTG technology in production cars with petrol engines. Both the substantial increase in output of 26 kW / 35 hp is impressive compared to the previous Boxster models, as well as the efficiency of the new turbo-charged engines: Up to 13 percent less fuel, the new 718 Boxster models according to factory specification. Another gain of turbo technology is the torque increase: The 2.0-liter engine of the 718 Boxster braces 380 Newton meters (Nm) maximum torque to the crankshaft and thus gaining 100 Nm to the 1,950 / min to 4500 / min available stands.