09.03.2016BMW will start in the anniversary celebrations / favorite BMW

The Bavarian carmaker turned 100 years old yesterday. As we asked ourselves: Which model of the glorious past, we prefer? 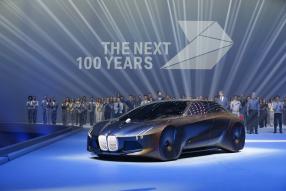 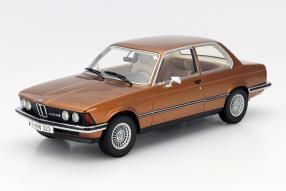 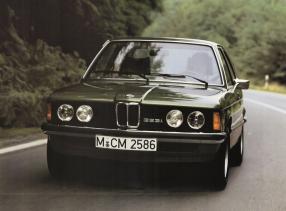 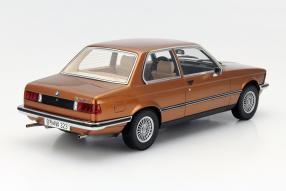 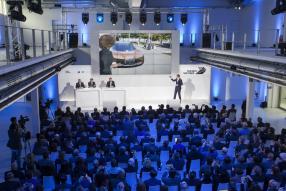 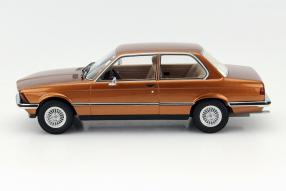 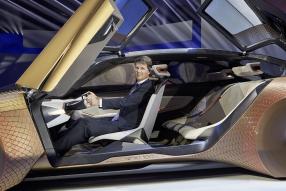 Under the motto "The Next 100 Years" was launched on 07 March 2016, the great year the BMW-anniversary celebrations with a huge Centenary event at the Olympiahalle in Munich. Among the approximately 2,000 invited guests were many athletes who celebrate success worldwide funded by BMW sports. If you were there, as the pioneering vision vehicle of the BMW brand, the BMW VISION NEXT 100 was presented. Previously, a multimedia production had guests through significant moments of the history of the company to interpretations of premium mobility of tomorrow. Your Blogger has considered that a model of recent decades for him is "most BMW" was: Minichamps has the model to.

Who was a guest at BMW?

Clearly, an event such as a global corporation for his birthday attracts a lot of celebrities, but were less any actor present, but the celebrities whose connection has to BMW even made them popular. These are primarily the racers whose inserts have equally catapulted the brand as well as the driver in the headlines. BMW Motorsport was represented among others by the 8 DTM driver Marco Wittmann, Timo Glock, Bruno Spengler, Augusto Farfus, Maxime Martin, Tom Blomqvist, António Félix da Costa and Martin Tomczyk and BMW Brand Ambassador Alex Zanardi. However, so also were Gerhard Berger, Harald Grohs and Johnny Cecotto from Venezuela.

Besides touring car driver Roberto Ravaglia from Italy but was also motor Pope Paul Rosche to guest who - has been largely responsible for the early success of BMW in Formula 1 - once called cam-Paule. Its engine in Brabham BT52 drove 1983 the first World Cup, which won a car with turbo engine. At the wheel: The order for the second time the championship winning Nelson Piquet. For this car brings Minichamps way a sensationally good model car 1:18 scale out, that brings the highest level of technology features a detachable hood and many details offers. We will report on it. For now, however, back to birthday celebration: On it looked also the first head of BMW Motorsport GmbH, Jochen Neerpasch past.

Essentially him we owe the BMW M1, the only previous BMW from the category of super sports cars, who was then with its 204 kW / 277 hp at the top. We have reported on the model and the background to the emergence of the M1 in accessible through this link items in some detail; next Sunday presents actor and presenter Andreas Jancke the car in VOX "auto" before. Among many other works drivers and team bosses also BMW Motorsport Director Jens Marquardt and his predecessor Mario Theissen experienced the Centenary event up close. From the winter sports BMW Group Classic Ambassador Katarina Witt and the luge Olympic champion Natalie Geisenberger and Georg Hackl in Munich were guests.

The more than 122,000 employees of the BMW Group have been invited to follow the production at the Olympiahalle via live streaming or on numerous local events in the global corporate locations. A special highlight for employees around the Munich location was the transfer to the Allianz Arena for over 30,000 people. Among others were Bruno Spengler and Martin Tomczyk in this event one of the party and the BMW presented themselves as support staff. In the evening her DTM driver colleague Augusto Farfus had the BMW Pavilion in downtown Munich an appearance before international employees and talked about his ties to BMW. Since 2007, he goes for BMW Motorsport at the start.

But what is now the BMW, the most is for the author of this article BMW, ie "driving pleasure" most taught? Clearly the dream car, the 1979 wanted all the young men go, the BMW 323i. Compact, fast, agile, almost an athlete for everyday life, simply the better GTI that was the two-door compact sedan with its 2.3 liters of displacement at that time, the generated 105 kW / 143 hp from the six-cylinder. The engine possessed at that time a Bosch K-Jetronic injection and answered to the name M20. Minichamps sets the with its striking twin headlamps conspicuous 323i 1:18 a very special monument, which is characterized by a high correspondence of its appearance to that of the prototype; as well as the perfect finish of all details.

From 17 to 20 March 2016 is set by the team at ck-model cars at the Retro Classics Stuttgart. We are located at the entrance of Hall 4, Stand 4B01. Up in Video: BMW at the Geneva Motor Show 2016. The 40th International BMW annual meeting will take place from 05 to 08 May in Berlin.