The Aachen modeler presents another highlight in 1:18 scale. But what is the Weissach Package? 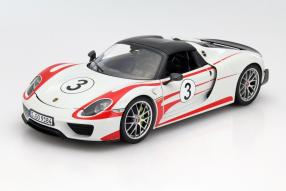 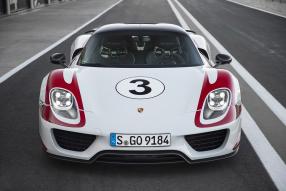 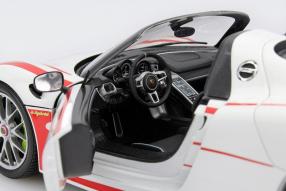 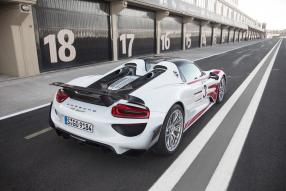 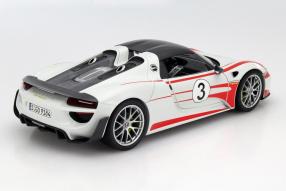 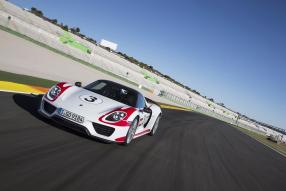 Again another week is over. Again the weather forecast even for carnival weekend are not the best. And again Minichamps presents us with a model of the Porsche 918 Spyder, conjures up, in contrast to the dank weather conditions, a smile on your face. The model car takes the 918 with Weissach package, a once power-optimized version of the super sports car from Zuffenhausen. Manufactured It is made of zamak, fitted with opening doors and an openable front cover. The model is to have under the article number 110062441 1:18 scale and limited to 750 copies. The appearance fits perfectly; it's not the first 918, leaving the production of Minichamps.

What is the Weissach package?

But it is the first model of the Porsche 918 with Weissach package in this blog. To explain briefly the occasion for us, what does the automaker below. Under the name Weissach Package Porsche marketed measures with yet reached the car better performance in terms of acceleration; a tuning factory, so to speak. The use of magnesium wheels instead of conventional Alus, ceramic instead of steel balls in the wheel bearings, titanium instead of steel on brakes and suspension and the use of carbon fiber reinforced plastic instead of aluminum on the body and the interior of Porsche reduces the 918 against the weight the basic model by a whopping 41 kilograms. In motorsport are 41 kg a real number.

As the Weissach Package affects?

And the effects of weight reduction measures are also reflected when accelerating. From 0 to 100 kilometers per hour, the model accelerates to our model in 2.6 instead of 2.8 seconds the basic version. 0.5 seconds faster reached the 918 with Weissach package the 200-mph mark 7.2 seconds, he needed to. With 19.9 seconds of the 918 is 2.1 seconds faster to 300 than without the package. At top speed will remain the same, that is specified by Porsche 345 kilometers per hour. For this weight optimization measures Stuttgart have charged their customers 71,400.00 euros extra. Ups. Well, the Minichamps dispense with the use of titanium, magnesium and ceramic, otherwise we would have to pay more than EUR 149.95 for the model.

Whoever comes too late ...

Overall, Porsche called on 839 426 Euros for this car. Who wants to have a now, which is too late: The production of the 918 ended after 918 copies as scheduled on 19 June 2015. Unlike with Mini Champs: Aachen continue to rely on this sports car and bring the 918 Weissach Package an impressively detailed model referred to the Salzburg decoration. Check it once in the door opening, in which you can understand the carbon structure of the model perfectly. Otherwise, the model corresponds to finish the previously known miniatures and draws the lines and details of the super sports car from Zuffenhausen after carefully as usual. Headlights, taillights and spoiler elements fit perfectly in the diecast chassis; The interior boasts a slavishly correct instrumentation.

The prototype of the model car of Porsche and Mini Champs is powered by a V8 engine with 4.6 liters with 450 kW / 608 hp, which is based on the 3.4-liter engine of the Porsche RS Spyder. The electric motors at the front and rear axle provide 210 kW. This electric all-wheel drive makes it possible to drive purely electrically up to a distance of 25 kilometers. Per recuperation of braking energy recovery transfers energy to the nearly 100-kilogram lithium-ion battery, which is located between the tank and engine. At the end we are left to determine that Minichamps from Mark to the removable roof midsection a model presented, which makes us forget the bad weather.

Helau, Alaaf and - have a nice weekend! Stay healthy and drive carefully!