The Aachener Model car specialists come with a very successful model car of the first 3er in the New Year. We&#039;ve taken a look at it 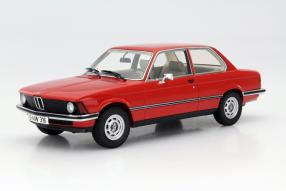 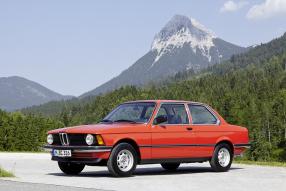 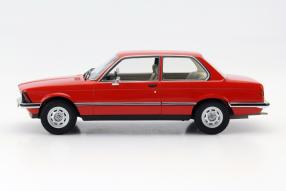 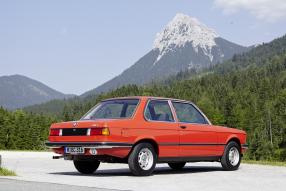 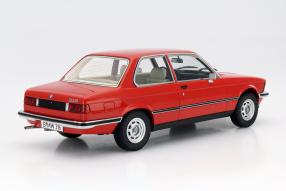 BMW had already recognized with the cars of the 02 series that performance joyful motors ensure in conjunction with lightweight bodies, the bottom line for a lot of fun and so can be a real alternative in the field of hitherto customary middle class cars à la Ford Taunus & Co.. The so chosen path trodden Munich in 1975 with the so-called BMW 3 Series continues: Dynamic and drawn with crisp lines, sporty in appearance and with an engine range that covers all needs of the clientele. The car was so successful that even Stuttgart had to act: Mercedes-Benz had no choice, as this class 201 to occupy in 1982 with the 190/190 E Series W also.

The engines in the first 3er

With the 318i variant had become obsolete with the Solex carburetor 1979 the Bosch K-Jetronic began its triumphal march. Yes, dear model car collector, there were even cars with carburetors for fuel preparation. Have you forgotten, right? 3462 BMW 3 Series of the first were still admitted to date January 01, 2015 Germany. From the competitors, the W 201 series from Mercedes-Benz, it was at the same time, according to the Federal Motor Transport Authority still 50 574 - no question that the Stuttgart have at the time created a more durable product. Will live long but also the model for BMW 3 Series E 21 from Minichamps because the Aachen decided to build the thumbnails for resine plastic as the main material. And plastic rusts yes known not.

Model car a worthy monument for the small BMW

The polyurethane casting resin has alow demand on the mold and thus reduces production costs, making small batches only economically viable. Nevertheless, the model car built in 1:18 scale is not a bargain: Minichamps price 159,95 euros for it. However, the counter value is also high because the Aacheners have taken the details of design and appearance really perfect. Grille, side turn signals, the lines of bonnet, roof and rear course agree 1: 1. Criticism when 3 there was initially for the plump rear, the BMW has remedied the panel between the taillights; a detail that Minichamps considered. Mirrors, the chrome surrounds of the glazing and the moldings are just like the interior real eyecatcher.