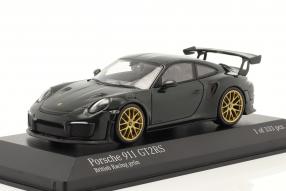 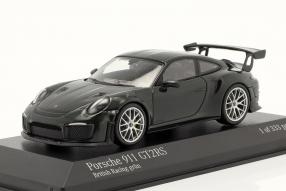 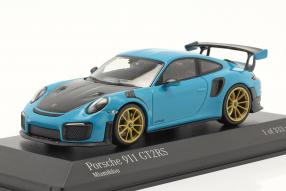 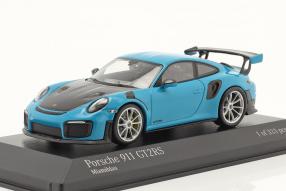 Porsche 911 GT2 RS - that's the name of the turbo-charged monster from Zuffenhausen. Minichamps brings the Porsche, which has more of a racing car in its genes than a road vehicle, now exclusively for ck-modelcars into the domestic showcases. The model in scale 1:43 is available in two different vehicle colors, each with two different rim colors. The models belong to the "Fascination Sports Cars" collection series and are limited to just 333 pieces per version. The colors offered by Minichamps are Miami blue and the legendary color British Racing Green. Both colors are available with both gold and silver rims. The Faszination Sportwagen collector's series is a collector's series that is very widely represented in our shop. Porsche enthusiasts will find a wide range of color combinations here. Anyone who likes the GT models from Porsche will definitely find what they are looking for here.

The history of the Porsche 911 is a history with tradition. Already in 1963, the first Porsche 911 came onto the market. The design line has been further developed again and again without really leaving it completely. An art that makes the Porsche 911 unique and so popular to this day. The 7th generation of the Porsche 911 came with the model series 991 in 2011. In June 2017, the GT2 RS followed as the 991 (II). The 991 generation was the generation with the greatest development step in the history of the 911. Almost 90 percent of all components were newly designed for the 991. For the first time, a model of the Porsche 911 weighed less than its predecessor. This is thanks to the many lightweight components on the 991. However, the GT2 RS defies all superlatives. Thanks to some carbon attachments, it is 130 kg lighter than a Turbo S and the most powerful production model in the more than 50-year history of the series. The bonnet, front fenders and parts of the rear are made of carbon, the roof is made of magnesium. The fact that the GT2 RS uses pure rear-wheel drive, despite its weight-to-power ratio, also ensures uncompromising driving pleasure. If you still think that "more" is always possible, Porsche has put together the optionally available Weissach package. It includes another 30kg weight savings. These are achieved by additional elements made of carbon fiber reinforced plastic and titanium. Among other things, magnesium wheels then reduce the overall weight as well as the unsprung mass.

In addition to the coupe, the 911 991 was also available in many other variants. In 2012 the Targa of the 991 was launched. In 2013, the special model “50 Years 911”, limited to 1963 units, followed. In addition to the 911 R, the 911 GT2 RS and the 911 Speedster, the millionth 911 was also produced in the 991 generation. The 911 991 GT3 RS has a 4.0-liter, 6-cylinder, high-revving naturally aspirated engine that delivers 520 hp and accelerated from zero to one hundred in 3.2 seconds. The GT2 RS even achieves 700 hp with its 6-cylinder biturbo engine. It completes the sprint from 0 to 100 kph in 2.8 seconds. While the GT3 RS reaches its top speed at 312 kphh, the GT2 RS reaches 340 kph here. However, both models have something in common - the Recaro seats, the roll bars inside and the not very discreet rear spoiler show that more motorsport is probably not possible in a road car. The 911 GT2 RS carries the motor sport know-how of a high-performance sports car and still masters the normal demands of everyday life. 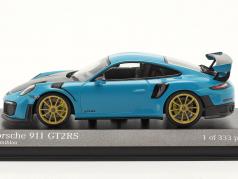 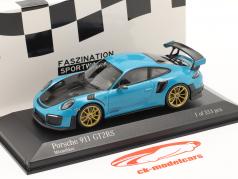 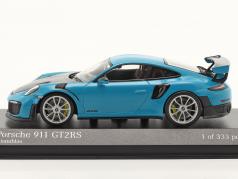 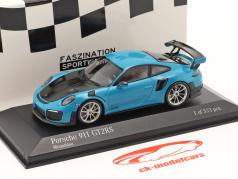 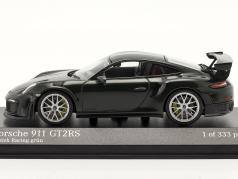 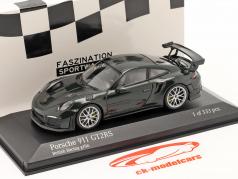 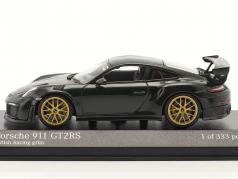 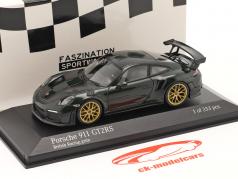