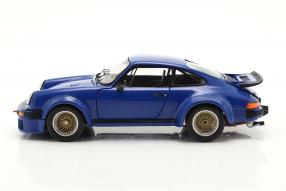 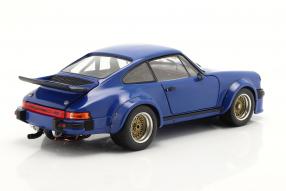 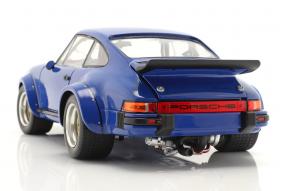 In 1967, Porsche built the Porsche 934 RSR based on the model 930 and thus set new standards in racing. Schuco is reliving the history of this GT racing car. Schuco is presenting the scale 1:18 model in monaco blue. In addition to the detailed interior and the detailed engine compartment, Schuco has also recreated many other details of the model in the usual quality. The widened fenders, the fine-spoke rims and the motorsport locks on the bonnet are a few examples. The hood, doors and trunk of the model can be opened and the front wheels are steerable. The model of the 934 RSR from Schuco is limited to 1000 pieces and is a must in every Porsche collection.

The Porsche 934 RSR is a group 4 race car, which achived severyl racing successes over years. Until 1986 the 934 RSR was used in the first division of the German racing championship and the American IMSA GT series. From 1976 to 1982 the vehicle competed in the 24 Hours of Le Mans. A feature of Group 4 at the time was that the body changes were very small compared to the production vehicle. The fender flares riveted onto the standard fender and the eye-catching, wide front apron are striking features of the 934 RSR. The Porsche 934 could be ordered in all standard and special colors with the exception of metallic paintwork. The differences in the interior were a bit bigger. In addition to a racing bucket seat in which the driver could find his place, both the front passenger seat and the back seat were omitted. Even the floor carpets did not find their way back into the Spartan interior. An aluminum roll bar protects the driver and increases the rigidity of the body.

The 3-liter six-cylinder boxer engine from the Porsche 930 has built the base for the motorization. The inlet and outlet valves were enlarged and the camshafts from the 911 Carrera RSR Turbo 2.1 were installed. A turbocharger with bypass valve from the Porsche 917 found its place in the engine of the 934. At a speed of 7000 revolutions per minute, the souped-up engine made 485 hp and thus almost twice the engine output of the 930 base engine. In 1977, by increasing the boost pressure at the same speed, an output of 540 hp was achieved. In the expansion stage of 1979, a further increase in valve size, higher compression and an increase in boost pressure to 1.7 bar even achieved an output of 600 hp. The 1130kg light 934 RSR could reach a top speed of 305 kph. 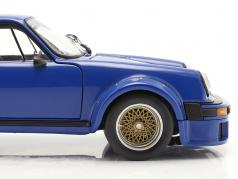 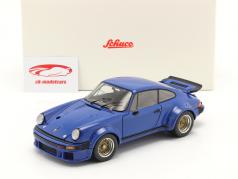