DTM instead of GTM. The KÜS Team Bernhard will compete in the DTM season 2022. After four years in the Porsche Carrera Cup Deutschland and six years in the ADAC GT Masters, the team of the two-time endurance world champion and Le-Mans-overall-winner Timo Bernhard is facing the next big challenge. 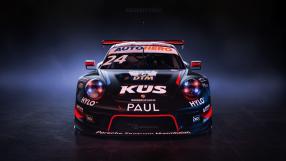 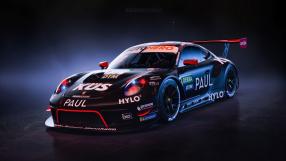 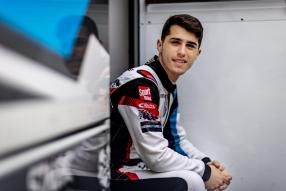 The crew based in Landstuhl, Palatinate, will compete in the DTM, which will be driving according to GT3 regulations for its second year in 2022, with a Porsche 911 GT3 R. In the accompanying graphics, the vehicle can still be seen in its test outfit; the final design will be shown next year. Porsche works driver Thomas Preining sits in the cockpit. The 23-year-old Austrian also contested last season in the ADAC GT Masters for the KÜS Team Bernhard and together with team-mate Christian Engelhart drove onto the podium twice.

As things currently stand, the 2022 DTM season includes at least 16 races on eight race weekends. The start is on April 30th / May 1st in Portimao, Portugal, the final will be driven on October 8th / 9th on the Hockenheimring. In between, the DTM entourage stops abroad in Imola (Italy, June 18/19), Spa-Francorchamps (Belgium, September 10/11) and Spielberg (Austria, September 24/25). In Germany, apart from Hockenheim, the DTM will also be making guest appearances at the Lausitzring (May 21/22), the Norisring (July 2/3) and the Nürburgring (August 27/28). All runs for the DTM 2022 last 55 minutes plus one lap and will be broadcast live on TV on ProSieben (German TV Chanel) in full length. All races start at 1.30 p.m.

Thomas Preining: "I am really excited and motivated for the DTM next year. Since I know about it, I'm working hard every day. After all, I want to be prepared as best as possible for the season to start right into the project. I have complete confidence in the team and in everyone involved, I think that we can definitely be reckoned with and that we can rock something. We will of course have to work very hard with the pre-season and the corresponding tests, but so will the others. I think that a lot will be possible for us in the DTM 2022."

Team boss Timo Bernhard: "I'm very proud, to be able to present the new top-program for the season 2022: We will go to the start in the DTM with a Porsche 911 GT3 R. It is a completely new challenge. But I think we are well prepared after six years in the ADAC GT Masters. We feel an enormous amount of motivation in our team, which is very much looking forward to the new task. With our driver Thomas Preining, we have a constant on the team that is very important. Thommy drove for us in the GT Masters last season. So I know about his qualities and I am very happy that he is part of our program.

We will also take part in the DTM with two new Porsche 718 Cayman GT4 RS Clubsport and compete in the DTM-Trophy. Because the topic promotion of young talent is still very important for us, which we want to keep focus on."