In cooperation with the modelers IXO the Classic Collection of Stuttgart presents 4-trendy colorful Gullwing. Why Mercedes-Benz is so often in our blog? 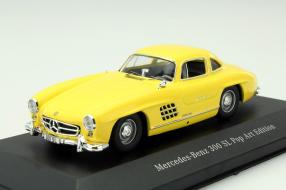 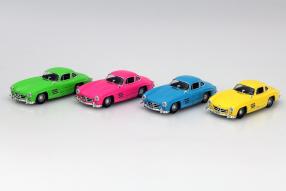 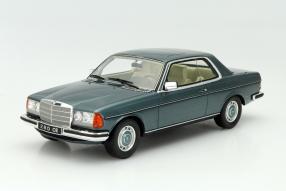 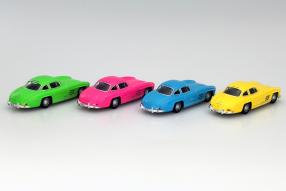 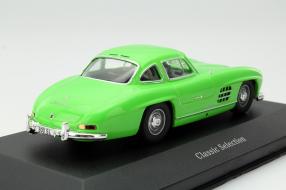 Do you still remind you the time as the salesmen at Mercedes-Benz in dark blue suits were and there - what the stiff appearance concerns - with each obelisk have been able to pick up and the cars were mostly painted black and silver? Well, actually that's not much different today. But at least in the model car Stuttgart have become bolder: In cooperation with IXO Mercedes-Benz sends a Set or 4 individual 300 SL of the pattern W198 into the race to win the favor of customers in the Christmas season; beautiful Gullwing 1:43 and thus very classic Mercedes-Benz, but painted in colors that might not know even the fingernails of the loved ones at home: yellow, pink, light blue, light green - so the colors of the strictly limited Classic Edition for Mercedes-Benz 300 SL.


Anyone who follows our little blog might get the idea that Mercedes-Benz is our favorite brand, because it emerges here more often than others. However, this is due to the return that this in tradition so rich house has just brought in the course of the last century, first a lot of vehicle types on the market, secondly, even tried to occupy every niche here in the last 20 years and, thirdly, consequently easy correspondingly can muster many models to model cars. In addition, the luxury label for many model automaker is interesting and of many models - see our yesterday published compared to the new Mercedes-AMG GT from Maisto and Norev - come several models on the market. So Porsche and Mercedes-Benz are many manufacturers but also for the fans the most interesting brands.

In addition is also noticable that the modelers industry the past of the automobile almost meticulously worked up and presented to classic and vintage cars, many news and last but not least also new small-scale manufacturers such as Otto Mobile coming onto the market which, in turn, for example, models such as the Mercedes-Benz C 123 in a scale of 1:18, the model ensured in the years 1977 to 1985 a stir on the splendor mile of Dusseldorf, Munich, Hamburg and Berlin. Thus is explained that Porsche and Mercedes-Benz just in our blog must play a significant role. Tradition, luxury and success in motorsport - to this combination, we can not ignore. Thus, the 300 SL from IXO stands not only for its pure, still electrifying designation in the eye, but this time also because of its color.


It couldn't get much poppier. Which is what makes us park the model of the classic Mercedes-Benz in our showcases. The models are similar rare as the model, because it is only 300 pieces produced worldwide from any shade. That the label in terms of IXO Models over all doubt, the fans know less cars long: shaping and styling of the model coincide perfectly with the appearance of the 300 SL from the street. This was the way - again briefly to refresh the memory - built from 1954 to 1957, before the Roadster replaced him. From then on it went with the value of 158 kW / 215 hp payable gullwing steeply. Something that also applies for the SLS AMG, the hand partially now more expensive than new. Whether we from him, the C 198 from 2009 - will also get to see pop expenditure? But the Mercedes-Benz retailers still remain at the Navy? We are convinced!