TrueSclae made the fans of the 24 Hours at the Sarthe happy with the delivery of models to starting number 85 in scale 1:18 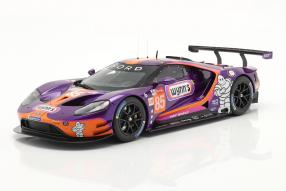 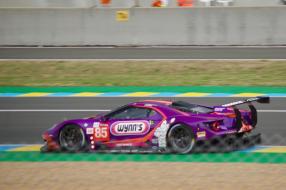 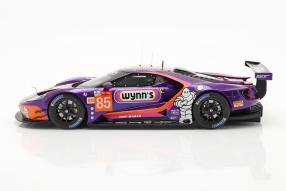 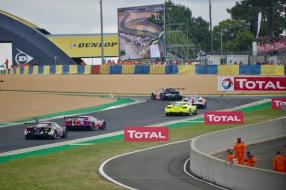 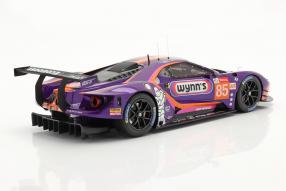 While the Formula 1 is going into its seocnd round of this year next weekend, the team of ck-modelcars.de is reviewing the 24 Hours of Le Mans of the season 2019, at which Keating Motorsports was involved with the Ford GT. The small series manufacturer TrueScale, which is very popular with fans of long-distance sports, is currently bringing out the right modelcars for this. The miniatures appear on a scale of 1:18 and under the item number TS0312 and are limited to just under 999 units. The 87th edition of the 24 Hours of Le Mans took place on the weekend of June 15th and 16th, 2019 and the overall winner was the Toyota TS050 with the starting number 8. However, the focus of this article is on the car with the number 85 on the outer skin, which can be seen in the video embedded above when it was in use.

The Ford GT of Keating Motorsports started in front of 252,500 spectators together with 60 further participants over the 13.626 kilometer long race track. The car with the drivers Ben Keating, Jeroen Bleekemolen and Felipe Fraga was named in the category LMGTE-Am and also won this class, but in the end, the Porsche 911 RSR of the team Projekt 1 stood at the very top of the podium in the LMGTE-Am; the team to which the editors wrote an article in detail in the portrait last weekend and ranked 31st in the overall ranking. The article can be reached via the link inserted here. But what was wrong with the Ford GT? The car was subsequently disqualified and the class win was denied! Manipulation? Scam? No, just a testament to how closely the officials are looking.

Thorough checks, worse than the TÜV?

Because Keating Motorsports had not reached the minimum refueling time, the car was subsequently charged 55.2 seconds. A time of 45 seconds was prescribed, but with the example of our modelcars it was only 44.4. The difference of 0.6 seconds was multiplied by the number of pit stops in the race (23) and four, resulting in the penalty of 55.2 seconds. With this penalty, the team fell behind the Porsche from Project 1 with the number 56. However, this was followed by the complete exclusion from the evaluation because the car's tank with 96.1 liters instead of the permitted 96 liters could hold too much gasoline. So just under 0.1 liters cost the team from the Texan Tomball victory after driving 334 laps. Team boss Bill Riley has not appealed against this decision.

At long last, it is one of those typical dramas, for which the fans love Le Mans! And it is all the more a reason to purchase one of these modelcars. The really attract attention with its painting in the colors of the additive manufacturer Wynn's and show exactly the details of the printing. Very finely reproduced antennas, perfectly structured grilles on the front apron, correctly dimensioned splinters and equally shaped sills are evidence of the pronounced attention to detail that the mold makers at Truescale live out. The replica of the brake system or the brake discs and the diffuser are also impressive; The attachment points of the glazing, the high-end cockpit and the shape of the taillights are popular with fans with petrol in their blood, who look just as closely as the officials who monitor compliance with the regulations.