With up to 25 percent discount, ck-modelcars.de starts into the 72nd season of the royal class of motorsport. Including: Minichamps, Bburago, Altaya, CMR and Spark 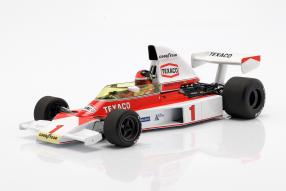 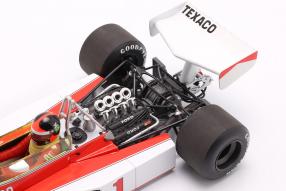 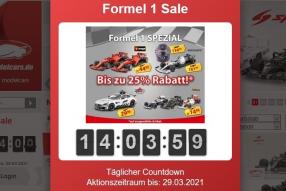 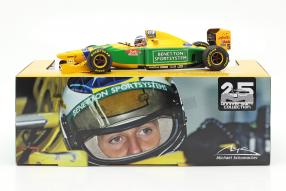 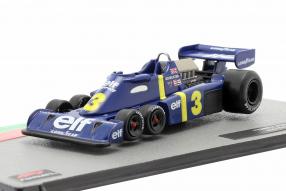 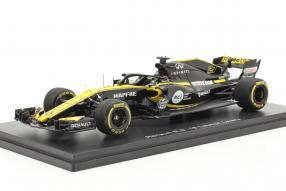 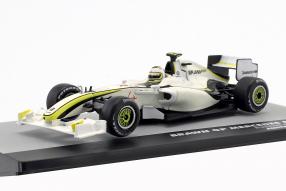 This weekend, the Formual 1 season 2021 starts in Bahrain. So far, the calendar of this year includes 23 races, for which Lewis Hamilton and his colleagues will start to fight about the world championship title. The seven-time champion remains in the role of the favorite on the title, because it is assumed that he will do everything possible to enter the Formula 1 history books ahead of Michael Schumacher with an eighth championship. Nobody who knows a little bit will doubt that Hamilton will continue to be motivated. At the beginning of the season, ck-modelcars is offering a selected number of modelcars at significantly reduced prices; the way in which the beginning of the new year should be celebrated together with the fans. Follow the link embedded below, fill the gaps in the collection and cheer!

The special promotion is seperated in three discount classes: 25, 15 and 10 percent off can get the fans for the start of the Formula 1. One can use it on modelcars, for example, which we presented in a detailed article in the blog, namely the unique McLaren Ford M23 of the team Marlboro Team McLaren that was raced by Emerson Fittipaldi in the season 1975 und is delivered by manufacturer Minichamps with a removable engine hood as well as in a detailing, which elevate the modelcars of the scale 1:18, limited to a total of 648 units, to the status of unique jewels. Big compliment to the team from Aachen! Available under item number 530751801 and in the category with 25 percent discount. The name Schumacher is also represented in this section. Schumacher, wasn't there something?

Well, right, the shorthand symbol MSC is back: On this weekend, Mick, the son of Michael Schumacher, participates for the team of the American Uralkali Haas F1 Team and follows in his father's footsteps. Mick Schumacher, born on March 22nd, 1999, won the champion title in the European Formula 3 championship in 2018 and in the FIA-Formula 2 championship in 2020. The bare facts prove: He is young as well as fast enough to lap his father and Lewis Hamilton in the number of titles. The milestones from Michael Schumacher's career, the Benetton B193B and B194 from 1993 and 1994, can also be found in the form of attractive modelcars from Minichamps under item numbers 113930405 and 113940705, each limited to 300 pieces in the highest discount class. Like his father once among others, Mick is also inspired by Ferrari engines.

The Scuderia Ferrari is also a big topic: The modelcars, which Bburago delivered to the race cars of the season 2019 of Charles Leclerc and Sebastian Vettel are available in scale 1:18 under 18-16810 as well as 18-16807V also with 25 percent of discount. The miniatures for Formula 1 from Altaya, for example, make bigger steps back in the year, among which rare Lotus, Brabham, Toleman and early McLaren can be found in format 1:43; qualitatively and in the execution of their details top! Fans can also look forward to reduced models of the Formula 1 from the early days, for example from iScale to the Mercedes-Benz W 196, the Ferrari Dino 246 from 1958 from CMR and Maserati from 1957 from the same brand; each in 1:18. This sale, which is only active until March 29th, 2021, is an inexhaustible source of cheap opportunities. Our tip for the weekend: Get it!