With the modelcars by Shelby Collectibles that replicate the Mustang, which achieves the highest price ever for a vehicle of this series, we want to start into 2021 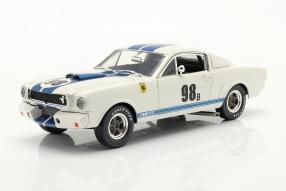 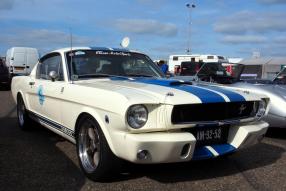 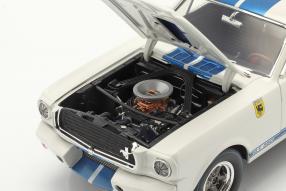 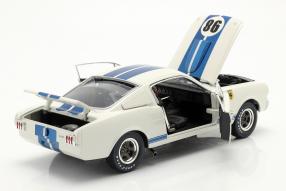 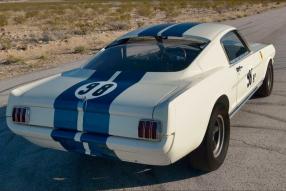 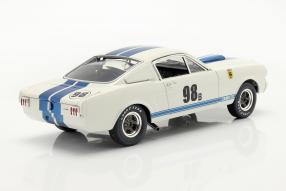 The most important things at first: The team of ck-modelcars.de wishes you, your family, your friends and relatives a happy New Year! Stay healthy! This request is positioned at the very top of the list; but for your private and professional goals, the ladies and gentlemen of our company also wish you all just imaginable good. Also in this year, ck-modelcars.de wants to entertain you, dear customers and readers with news & stories around the modelcars and their role models. With the miniatures of the Ford Mustang Shelby GT 350R 1965 in scale 1:18, the year should start with power! They have just reached us on the last working day before New Year's Eve and replicate the vehicle that was sold in July 2020, at the auction Mecums 33th Original Spring Classic in Indianapolis for $ 3.85 million: The most expensive Mustang of all times!

And to reproduce this jewel, that was the job of the specialist for modelcars for the brand Shelby, namely Shelby Collectibles. Who else could downsize the prototyp of this legendary model series? This Ford Mustang Shelby GT350R from 1965 - driven by Ken Miles and used by Terlingua Racing - was painted as all Shelby of this model year in white with optional, blue parallel stripes from the front to the rear. Door sill strips with the GT350 lettering were also available. The engine was a modified K-code 289HP Windsor V8 with custom Cobra valve covers and tri-Y headers; a special intake manifold and Holley carburetor increased the output from 199 kW / 271 hp to 228 kW / 306 hp. Anyone who knows the modelcars from Shelby Collectibles knows that the replica of the engine, as with Autoart, is one of the highlights of these miniatures.

On this occasion we would like to point out the car models of the various Ford GT40 Mk. II that have reached us at the same time as those of the prototype by Ken Miles: The cars for the 24 Hours of Le Mans in 1966 have now appeared in a dirty version, but just like their virginally clean colleagues they are of the highest quality in the details and processing of bodywork, paintwork and plastic add-on parts. This also applies to the GT40 of the 1966 24 Hours of Daytona in 1:18, in which Miles was the first who crossed the finish line. At less than 70 euros each, it is unrivaled in price and, like the models for the GT350R presented at the beginning, it is also made from diecast. But now back to this very Ken Miles car, which is listed as a model under item number Shelby170 and which has an interesting history.

According to the information of Dana Mecum, the role model of this model is the only Mustang that Ken Miles drove personally. Movie fans know the story of the racing driver from the movie "Le Mans 66 - Ford v Ferrari", on which the editorial staff of this blog has reported several times. The $ 3.36 million redeeming example as well as the modelcars are painted in the american racing colors, so as mentioned in white with blue stripes. The first R-model built under number 5R002 was used to test parts for customers' cars. Ken Miles won a race of the SCCA, the Sports Car Club of America, with this vehicle at the Green Valley Raceway near Dallas. It was the first win for a Shelby. Miles, Bob Bondurant, Chuck Cantwell, Peter Brock and Jerry Titus won a total of ten races with the number 5R002 in the 1965 season.

After the end of the season the vehicle went to an engineer from Ford Performance, who then sold in 1968. One year later, the new owner had won 18 races in the SCAA Southwest Division. Then it became quieter: After 14 years in a museum, it landed at John Atzbach in 2010, who restored the Mustand and achieved further awards for this. "Best in Class" at the Concours d'Elegance in Amelia Island 2014 and Pebble Beach 2015. The car with its unique history is in original state until today, which of course drove up the price. So here the collecter has the opportunity to purchase the modelcars of a very special Mustang. We recommend not waiting long and getting one of these strong pieces.