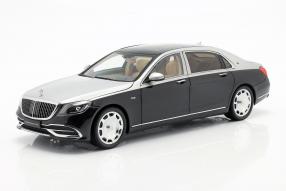 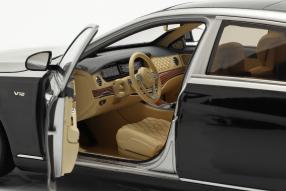 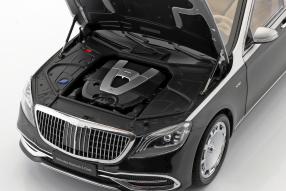 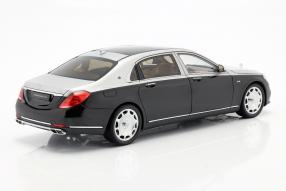 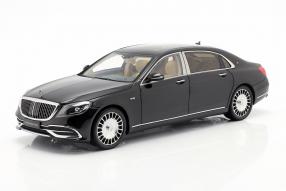 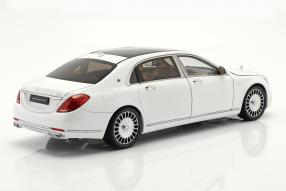 With the new miniatures of the Mercedes-Maybach S-Class 2019 that have just been delivered, Almost Real has chosen the predecessor of the top version in this segment, presented on November 19th, 2020. In a scale of 1:18, there are three reductions in the luxury version, which is 40 centimeters longer than the original version of the S-Class W222: in diamond white under item number ALM820111, in obsidian black metallic (ALM820112) and the black and silver two-tone paint (ALM820106), which is for the car brand is characteristic. The modelcars are made from diecast and have four opening doors, an opening bonnet and a working trunk lid. Pure luxury even in small format: A look into the interior reveals a multitude of fine details.

Actually, it should be over with the name Maybach. From 1921 to 1941 it achieved world fame as a manufacturer of luxury sedans and was taken over by Daimler AG in 1960, although the brand received new honors in 2002 with the Maybach 57 and 62, but in 2011 Dieter Zetsche announced that the company would stop selling with the last cars in 2013. An announcement that did not last long, because in 2014 the sub-brand Mercedes-Maybach appeared, under which the extended S-Class was initially sold. The role models of the modelcars for which Almost Real, as mentioned at the beginning, depicts the last facelift, are also listed under the series number X 222. A look under the bonnet reveals that the model maker has chosen the V12 as the drive plant: The biturbo of the S 600 delivers 390 kW / 530 hp from a displacement of 6.0 liters.

And a strong maximum torque of 830 Newton meters (Nm). Except of the plastic covers and the correctly colored liquid container lids, there is not much to see of the engine, but for that that models convince with originally replicated seat convers in the interior, correspondingly coherent design of the dashboard and a flawless fitting of the glass roof, interior door panels and wooden moldings; even if they are made of mundane plastic. The paint of the exterior is top notch and very well processed; especially at the two-color painting a very important fact at the judgment of the models. The head lights fit perfectly into the diecast surrounding. They are very high quality miniatures, which Almost Real delivered with this Maybach-version and arouses desire for the successor, the X223!