For the 88th edition of the legendary race, collectors can look forward to a large campaign appropriate to the occasion. In addition: a homage from Porsche 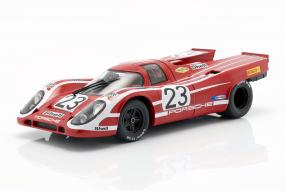 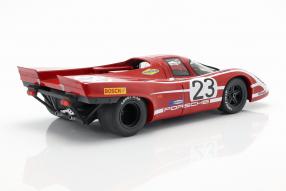 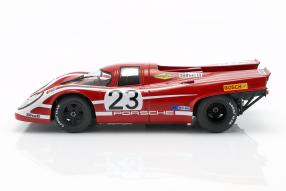 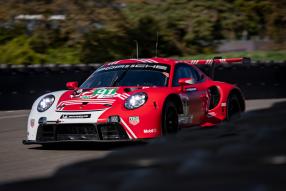 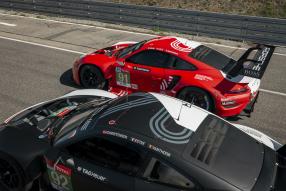 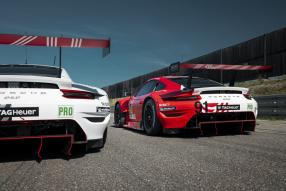 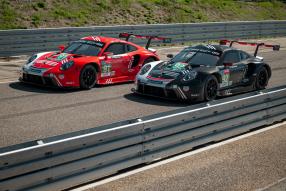 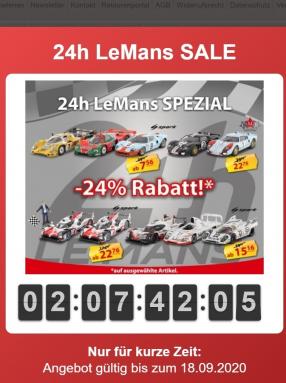 This weekend is the really big bang for friends of the motorsport: 24 Hours of Le Mans 2020 are carried out and at the Hockenheimring, the ADAC GT Masters starts into its thrid round of the season shaken by the corona crisis. At both races and for the firts time in the history of the 24 Hour classic event, no spectators are allowed at the racing track of the Circuit de la Sarthe in Le Mans: However, 59 cars compete against each other and fight for the class victory as well as the overall victory. Television and live streams on the Internet offer the opportunity to watch preliminary reports and races for over 26 hours at a time. The ADAC GT Masters races will be broadcast live in Sport1 (German TV-channel) on Saturday and Sunday from 1:05 pm. And the very best: ck-modelcars.de has launched a very special campaign for Le Mans!

Not to tease anyone unnecessarily: Since Wednesday, September 16th, 4 pm up to and including Monday, September 21st, 2020, ck-modelcars.de is offering 24% extra discount on over 240 selected items! These include classics from the 24 Hour race from Porsche, the Porsche 917 from the early years of 19 overall victories, the Porsche 956 and the new 919 hybrid. Fans of Ford and the legendary GT40 from 1966, 1967 and 1968 will be happy to see highlights from Shelby Collectibles; Racing transporters from Ferrari as well as Ford or Jaguar and the Ecurie Ecosse - outstanding modelcars in a fabulous finish at special prices, as they will only be possible for the weekend of the 88th edition of the 24 Hours of Le Mans. A click on the link embedded below leads directly to the overall selection. There is exciting information on the subject of Porsche!

Porsche is going to start with special car designs into the imminent version of the endurance classic event on September 19th and 20th: The two 911 RSR of the Porsche GT Team compete in the hard-fought GTE-Pro-category and roll to the start in red-white and black-white - an homage to the first of the already 19 overall victories at the 24 Hours of Le Mans 50 years ago. With its clear lines and shapes, the wrapping resembles the digital RSR that was successful in the virtual edition of the Le Mans race on June 13th and 14th. The two approximately 378 kW / 515 hp works cars have the 1970 logo on the front hood and roof. That year, in which the Briton Richard Attwood and the German Hans Herrmann were at the wheel of the legendary Porsche 917 and fought for the first overall victory at Le Mans for the Stuttgart sports car manufacturer.

The vehicle with the name of Porsche KG Salzburg was adorned with the national colors of Austria. Exactly this red and white is also used in the Porsche 911 RSR with starting number 91. On the sister car with the number 92, red has been replaced by black. Together with the eight 911 RSR of the customer teams in the GTE-Am class, a total of ten 911 racing cars are represented in the starting field. The race on the 13.626 kilometer Circuit des 24 Heures is the annual highlight of the FIA WEC endurance world championship, the World Endurance Championship. Contrary to the original plans, the classic event, which was held for the first time in 1923, will take place in September this year due to the coronavirus pandemic. It has to be rethought: The three months later appointment requires different weather and light conditions.

At the competition twice around the clock on the Circuit des 24 Heures, the teams will see daylight for 12 hours. The four hour longer night effects a longer phase with colder tarmac and air temperatures. As a consequence, the engines of the two Porsche 911 RSR's 2019 used for the first time, can run longer in optimal operation. The cooler air is enriched with more oxygen and thus ensures a more efficient combustion of the fuel in the six combustion chambers. "If the weather conditions are good, we will experience a much faster race than in June", says Pascal Zurlinden, overall project manager for works motorsports at Porsche. The team from ck-modelcars.de is looking forward to these 24 Hours and to having the modelcars for the design of this year's Porsche 911 RSR ready: the Porsche 917 from 1970 and 1971.