From France and developed from the father of the Citroën Dyane, the role model of this scale 1:18 modelcar produced by Norev was the end of the brand 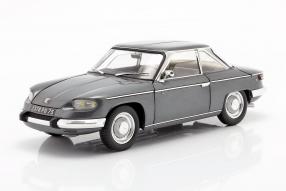 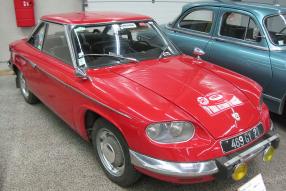 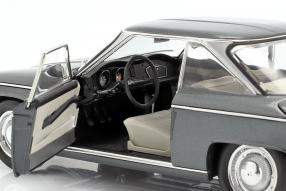 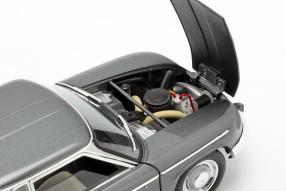 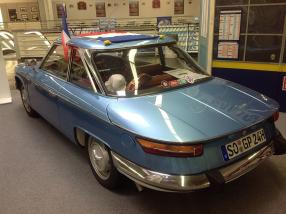 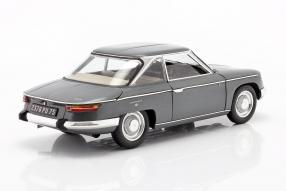 Our readers know that the editors of this blog like to use the Thursday with the hashtag Throwback Thursday accordingly to take a look back at the past of the automobile events. So today: The focus of this article is the Panhard 24 CT from 1964 - a car that many younger readers may not be familiar with, as for example an Alpine from the 1970's. The producer was the French car manufacturer Panhard & Levassor, which can look back on its founding in Paris in the year 1886 and today is part of the Renault Trucks Defense. The company built the first mass-produced car in France, the P2D. Quotation: "With this type, an automobile was realized for the first time in the classic arrangement with radiator, engine and transmission at the front and drive at the rear." And the last car among this brand should be the Panhard 24.

Louis Bionier started working as a designer at Panhard & Levassor in 1921. Therefore, the press as well as the experts were surprised that he put such a youthfully styled vehicle on the wheels with the 24 CT. And the French from Vaulx-en-Vaulin really lovingly transferred its lines to the scale 1:18 modelcars. These are built from diecast and thus offer opening doors and a functioning bonnet. Below this you can find a detailed miniature of the two-cylinder: The Panhard 24 CT had a power of 44 kW / 60 hp, which had to move an empty weight of only 830 kg. Somewhere between 150 and 160 kilometers per hour is the maximum speed of the 24 CT version built in an edition of 14,473 pieces; There were a total of 28,945 Panhard 24.

The Panhard 24 CT was sold as 2+2 seated coupe, which was inexpansive to repair in case of sheet damage. The 24 CT offered a lavish interior with central heating and ventilation control with heating channels running through the doors for the rear window as well as seats with three levels of height adjustment. The headlight flasher and park lighting were controlled via separate switches. The passenger sun visor had a reading lamp, the glove compartment lighting, the doors exit lights. The instrumentation of the 24 CT was also exceptionally luxurious: trip odometer, rev counter, fuel gauge, ammeter, timer and internal thermometer. The double headlights were given a cover glass and are reminiscent of the DS from the later shareholder Citroën.

On April 23rd, 1965, Citroën took over the absolute majority at Panhard. Since then, the Panhard 24 was delivered with the designation Citroën-Panhard on the type label and the because of the bad yield, the production was stopped in the end on July 20th, 1967: So the 24 was the last civilian car from the brand Panhard, which is considered the founder of the automotive industry, invented the closed gearbox and was the first brand to print a color brochure for the sale of a car! Norev also indirectly recognizes these achievements by convincing in every detail with the Panhard 24 CT: for example in the multi-colored design of the engine compartment, the harmonious appearance, the wheels and the interior are rich in details. This model is a really nice review, which can be expanded into a nice collection in other colors.

Click here to the modelcars of the Panhard 24 CT