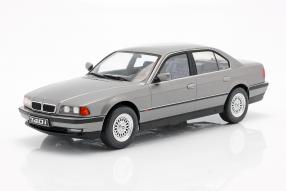 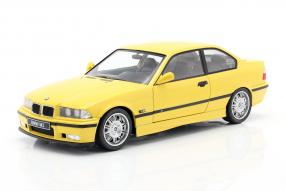 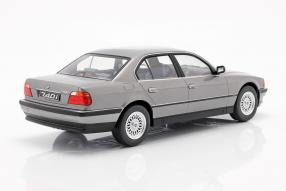 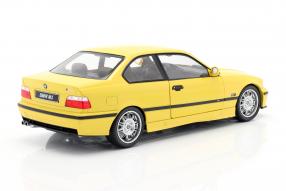 Since the year 1977, six generations of the BMW 7 series have appeared, and KK-Scale now presents three modelcars in scale 1:18 to the third generation. The miniatures of diecast replicate the first series of the luxury sean, which was positioned from BMW in 1994 against the Mercedes-Benz S-Class and the Audi V8 or A8. The new seven series wrote automobile history, in terms of beeing a car that was offered with a navigation system directly from the factory. BMW released a total of 327,589 units from the factory in Dingolfing to the streets of the world; the models from KK-Scale are each limited to 1,000 units. In the production time until 2001, the internally designated seven series E38 has been offered with nine different engines: KK-Scale decided for the reproduction of the BMW 740i, which was powered by a V8.

And this model does not only convince with a fair price, but also with the exact reproduction of the clear, no-frills and thus elegant lines that today's design often lacks. Like drawn with a single line, power like restraint, elegance as expressing solidity, in our view this design is a masterpiece. At the beginning, BMW offered the new seven series as 730i and 740i; both with eight-cylinder and 3.0 or 4.0 liter displacement. The role model of our modelcars, is as mentioned above, the BMW 740i, which has delivered 210 kW / 286 hp to the standard six-speed manual transmission; it was ventilated by 32 valves and 400 Newton meters (Nm) of maximum torque strong. An automatic transmission was optionally available. The V8 accelerated in 6.9 seconds or with automatic in 7.4 seconds to 100.

At the top, the vehicle reached 250 kilometers per hour. The modelcars are now available in the colors silver grey metallic under the item number KKDC180363, in black metallic (KKDC180361) as well as in blue metallic (KKDC180362). As if KK-Scale and Solido had coordinated, the perfectly matching modelcars of the BMW M3 coupe from the model series E36 appeared in the same size. They complement a showcase with the sevens presented here so well because their model comes from the same model year: 1994. The miniatures in dakar yellow, built from diecast, form a wonderful contrast to the seven series in its covered metallic tones. The M3, however, developes its 210 kW / 286 hp not from eight, but from six cylinders. Our opinion: That's why they belong parked next to each other.