GT-Spiritmodels has dedicated the epitome of the American sports car to the strictly limited modelcar in scale 1:12 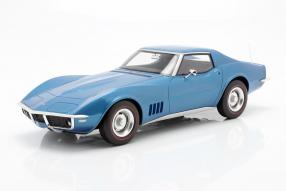 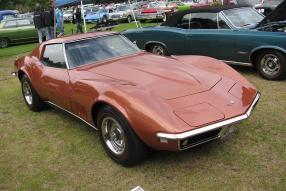 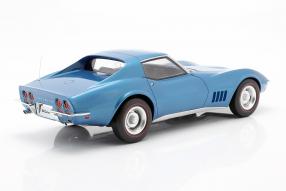 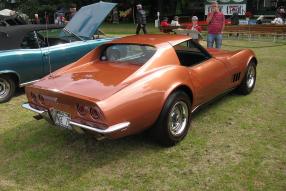 If you put the two terms America and sports car in context, the name Corvette appears at the end. In fall of 1967, Chevrolet presented the third generation of the two-door car that has been built since 1953, for which the team of GT-Spiritmodels or GT-Spirit for short is now launching new scale 1:12 modelcars. The miniature of the Chevrolet Corvette C3 with the item number GT225 are limited to 500 units and appear in a contemporary blue metallic. Since the miniatures do not have the stingray on the body made of resin, they can be classified as a reduction of the role model from 1968, because from 1969 to 1976 the coupe was nicknamed Stingray. Characteristic of the Corvette C3 were the two removable roof halves, the so-called T-Top, which exactly reproduces GT Spirit by engraving.

But this is not the only detail, with which the Corvette C3 has written automobile history: Due to the design, which can almost be described as spectacular and was created by David Holls, the vehicle entered the history books as a Coke Bottle Corvette. The public had been prepared for it with two studies preceding the series version in the year 1965. The series production started in 1967. Until the ending of 1982, 542.861 Corvette C3 had been built, among them 70.586 cabriolets. The fans could order the vehicle at the beginning of its running time with the 5.3 liter eight-cylinder: The Small-Block delivered 221 kW / 300 hp, the bigger 7.0 liter Big-Blog on the other hand 287 kW / 390 hp. It was shifted via three speed automatic, the new Turbo Hydra Matic.

GT-Spiritmodels has perfectly implemented the proportions and the appearnace of the popular sports car into the format 1:12. The role model measures 4,64 meters in length; for the model in this size, the collector needs about 39 centimeters of space in the showcase; their 25 would be 1:18 in comparison. The details around the front bumper and lavishly styled wheels are particularly well done, but the chrome bumpers on the front and rear as well as the individually round taillights are lovingly designed. Inside, the level of detail is convincing, which speaks for the knowledge that the makers of GT-Spirit bring to the production of the model: this Corvette C3 with its extravagant design is a tribute to the great times of sports car construction in the USA as well as to the American Way of Life, in which the fuel consumption did not mattered.

Click here to the modelcars of the Corvette C3