The Porsche 911, which appears in a new format for the Aacheners, measures a full 51 centimeters. More about this and other news you can read here 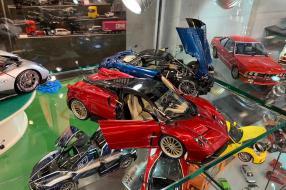 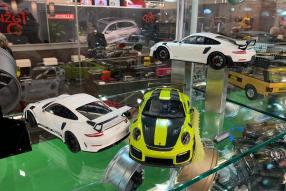 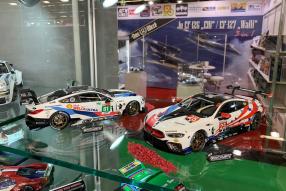 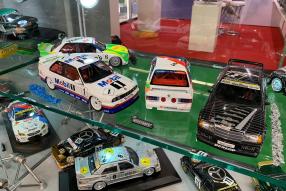 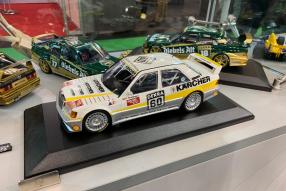 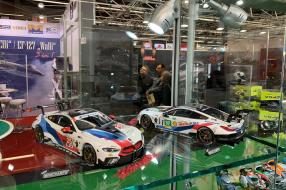 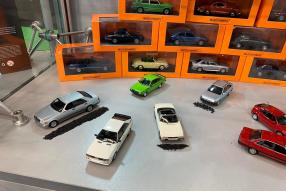 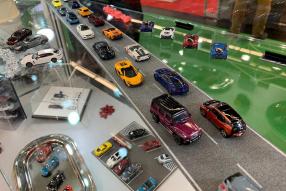 Minichamps surprises at the toy fair 2020 with big models in scale 1:8, after the oversize 1:12 was helped to break through four years ago. The Porsche 911 Carrera 4 coupe turbo-look "30 years 911" of the model series typ 964 prototypically dispenses with the rear wing and now opens the round of new modelcars, which appear of the high quality polyurethane resin. Triple-painted, consisting of 75 parts, with 169 decorations and weighing around six kilograms, these are the key data for the roughly 1,495 euro model of the 911 in 1:8, which comes in a display case and is optionally available with a stand for it. These miniatures measure around 51 centimeters in length and are best really freely placed in the apartment; each limited to 99 units in polar silver and viola metallic, available from March.

For February, the Benetton Ford B194 by Michael Schumacher was announced from the Australian GP of Formula 1 in 1994 in the same size, priced at 1,750 euros and limited to 300 units. Well, if that's not a surprise. But let's take a look at the basics of what appears on other Minichamps modelcars. The highlights, viewed alphabetically: Alfa Romeo GTA 1300 from 1971 and 1972, as they started at the Targa Florio or the 24 Hours of Spa, come in 1:18. In 1:43 we are happy about further models of the Red Bull RB 14 by Max Verstappen. Audi's Audi 100 from 1990 enriches as the A3 from 1996 expands the portfolio of the Maxichamps series in the same size; the latter also as a five-door model from 1998 and as an A3 Cabriolet from 2007. Other historic Audi models go well with the four modelcars of the RS6 Avant from 2019, which Minichamps publishes of diecast.

Minichamps, like Ixo, is devoting several innovations to the Fiat 131 Abarth as a rally car with the Röhrl / Geistdörfer driver pairing in scale 1:18. Maxichamps pays attention to the Ford Cortina 1962 as well as the Fiesta 2002. The Focus RS and the Ford GT 2018 Shmee150 are added to the Minichamps range in 1:87. For Formula E season 6, of the current season 2019/20, we will meet all other vehicles in scale 1:43 in addition to Daniel Abt's company car. Motorcycles from Honda in 1:12 roll into the showcases of collectors, as do fans of helmets, for example by Valentino Rossi in 1:10. McLaren F1 1993, Jaguar XJ 220 1991, Lancia Stratos 1974 and Beta coupe 1980 the car fan will find at Maxichamps in 2020. Models for Ayrton Senna's cars are also scaled up to 1:12.

The Porsche tractor model in this size also goes well with the 911 in 1:8, presented at the beginning. With the 2020 innovations, the Taycan finds access to the 1:87 scale. The Renault Fuego celebrates its rebirth at Maxichamps. Several Minichamps Reynard Spieß from 1990 recall Michael Schumacher's beginnings in 1:18. Maxichamps will launch the Saab 9-3 Aero Cabriolet 2001 and the Saab 9-3 Viggen 1999; just like Saab 900 1995 as a sedan and convertible. With several models of historical Saab, Minichamps serves the Swedish-loving clientele in 1:87; also with the Volvo 240 GL 1986 as sedan and break and the 740 1986. Part of the 344 new products announced are the Toyota Celica SS-II Coupé 1994 and the RAV-4 2000 at Maxichamps. Quite hard-working, the Aacheners, to the fair, right?