With the victory of Lewis Hamilton at the Grand Prix of Russia the works team, the Constructors Championship 2015 was won prematurely Here: congratulations also from our boss. 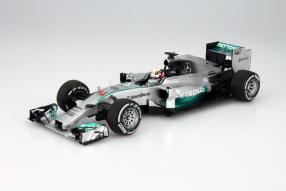 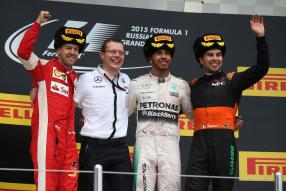 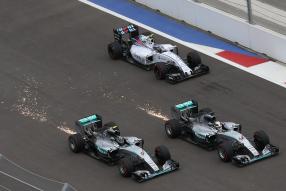 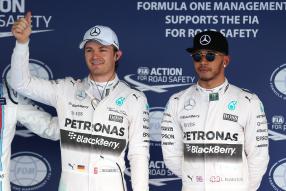 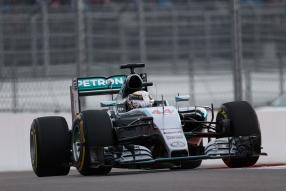 Miniature car models to the current Formula 1 are for ck-modelcars an important cornerstone in the program: Thus the models of the Mercedes AMG Petronas F1 Team Minichamps and Spark after license of Daimler AG, which at the scales 1:43 and 1:18 attract a large number of fans in Germany, Europe and overseas. Therefore, at this point was the desire to understand, to speak to the team of Lewis Hamilton and Nico Rosberg congratulations from this side to win the Constructors' World Championship 2015th

Hamilton won by 1: 37: 11.024 hours ahead of rivals Sebastian Vettel to Ferrari and Sergio Pérez at Force India Mercedes, with 0: arrived on the 2nd and 3rd place 28.918 seconds down on the winner: 05.953 and 0th Sauber - our topic in the blog on Friday before the race - managed to bring Felipe Nasr on a good 6th place.

The early title win was possible but only after the FIA ??commissioners Kimi Raikkonen punished for his collision with Valtteri Bottas' Williams and had demoted him by a time penalty from 5th place to 8th place. It was clear that Ferrari over the next 4 races in the US, Mexico, Brazil and Abu Dhabi no longer had enough points to makea run at the Constructors' Championship in dispute.

Lewis Hamilton thus secured the victory in the ongoing 9th, 66th Formula 1 World Championship and the 2nd victory at the Grand Prix of Russia. He is only the ninth driver to win two Grands Prix was on a new route the first. The Briton can now look back as the four-time world champion Sebastian Vettel to a total of 42 victories and moved with him in the all-time list equal.

bad luck in the 7th round

For Hamilton's team, it was the 12th win in 2015 and the second title in the Constructors' Championship after 2014; AMG Petronas F1 Mercedes leads the Constructors' World Championship now with 172 points ahead of Ferrari. Hamilton's team-mate Nico Rosberg retired already in the 7th round of because of only about 20 euro expensive, defective accelerator pedal damper. What exactly the part has let fail, is in the hour in which this product is produced, analyzed.

Both drivers started on the option tires. Lewis came on lap 32 for his only pit stop and changed to the prime tires, is in the driver's World Cup now 66 points ahead of Vettel and 73 points ahead of Rosberg. In his congratulatory greetings Dr. Dieter Zetsche praised the human component in the team: "Your work makes each employee of Mercedes-Benz to the world champions and we are very proud of them."