With a successful modelcar in the scale 1:18 memories of the year awake, in which the Stuttgart dominated the German Touring Car Championship 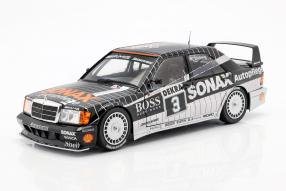 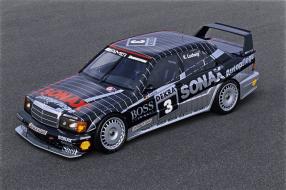 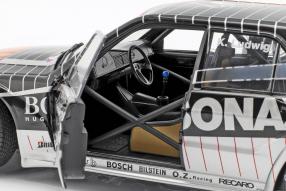 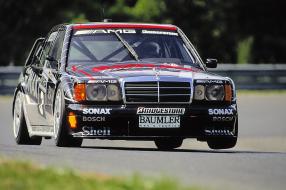 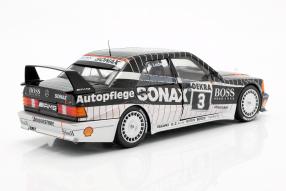 Congratulations to René Rast for winning the driver's title, to Audi for the best manufacturer and the Audi Sport Team Rosberg as the winner of the team evaluation of the DTM 2019; combined with a big thank you for the exciting season that you and your colleagues have offered the fans. In 1992, these lines would have been dedicated to the team AMG Motorenbau GmbH, which was able to win the German Touring Car Championship at the time: at the end of the season, Klaus Ludwig clinched the drivers' title with 228 points in front of his brand colleagues Kurt Thiim and Bernd Schneider and took after 1988 his second title in the popular touring car championship, which should be the first title in this class for Mercedes-Benz. The French from Solido have now presented to Ludwigs Mercedes-Benz 190 E 2.5-16 Evo 2 a beautiful modelcar.

The scale 1:18 miniatures are made of diecast or die-cast zinc. Listed under the item number S1801002, they offer, in addition to the correct reproduction of lines and design, opening doors through which the collector can take an unobstructed view of the austere interior of the racing car model; including roll cage, prototypically designed base plate, gearshift lever and instrument panel. The decor perfectly matches that of the former championship winner. And at a really fair price: Compliments to Solido. The role model of the model - the Mercedes-Benz 190 E 2.5-16 for the DTM in its second evolutionary stage - won a total of 16 out of 24 races in 1992. Until then, no other car collected more victories, more points, more fastest laps and more best practice times in a single DTM season!

No vehicle back then could accumulate more leading kilometers. A real blast: The 2,5 liter big four-cylinder, prepared by Mercedes-Benz home tuner AMG, produced about 274 kW / 373 hp, thanks to four-valve technology and motronic. Consistent measures to reduce weight led to a weight of only 980 kilograms. The racing car accelerates in 4.5 seconds from zero to 100 kilometers per hour and delivers its power via a six-speed gearbox to the rear axle with mechanical differential lock. Switched without clutching, at full throttle. The cylinder head of the engine comes from the British company Cosworth. So what's left to say? That the modelcars from Solido are a really successful model choice, because this baby Benz in its perhaps sharpest edition is a must-have for fans of the DTM; the old and the current DTM, whose cars will give us a lot of pleasure for a long time to come.

Click to the modelcars of the Mercedes-Benz from Klaus Ludwig