Saturday was off, Sunday served the damage limitation. But after the race is before the race: Departure to Kyalami 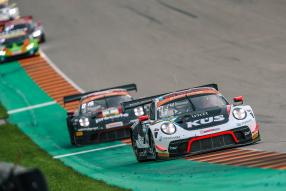 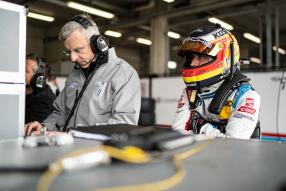 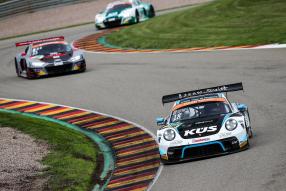 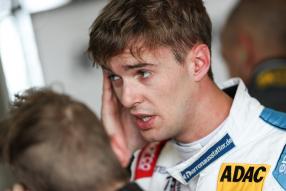 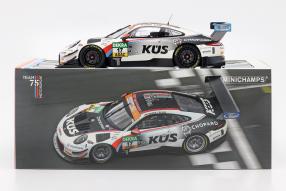 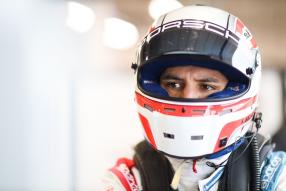 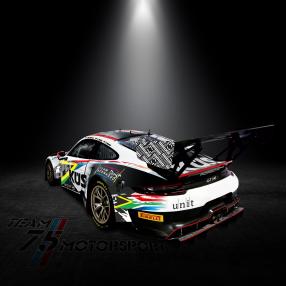 Today we let sum up the racing weekend from the perspective of the team KÜS Team75 Bernhard by team manager Klaus Graf: "We came here with other expectations. Today we landed with both cars in the points at least. But one could also see again here at the Sachsenring that it is brutally hard to get to the front, even if you are not at the front in qualifying. We operated mitigation, gained points again. I'm also very happy about our starting number 18 that they have achieved points again. I want to thank the whole team for the good and dedicated work during the season. The team's thanks of the KÜS Team75 Bernhard also go to all sponsors, patrons, friends and fans, who have kept us faithful during the season and supported us so much!"

With this conclusion we want to look back on the previous Saturday: Disappointing for the KÜS Team75 Bernhard was the Saturday race of the ADAC GT Masters at the Sachsenring. Porsche factory driver Timo Bernhard (38) from Bruchmühlbach-Miesau and ex-Porsche-Junior Klaus Bachler (28) from Austria came into the finish with 16th place on the Porsche 911 GT3 R with number 17, while Porsche Young Professional Matteo Cairoli (23) from Italy and the Belgian Adrien De Leener (30) in the sister car with the starting number 18 finished 20th. The starting position for both was conceivably unfavorable. The No. 18 was relegated to one of the rear ranks from the outset, after a penalty cost ten positions and resulted in 27th place. Therefore, Adrien only turned the tour of duty and turned off the Porsche in the pits.

Porsche factory driver and team owner Timo Bernhard - two-time endurance world champion and two-time overall winner at the Le Mans 24 Hours - had one of the front starting positions in his sights, but was stopped in difficult weather conditions on a drying track on his decisive lap by a competitor. Bernhard therefore had to go from 16th to the race. In the chaotic start phase he conceded to all excess a time penalty because of incorrect starting position. In 14th place Timo handed the compulsory pit stop to Klaus Bachler, who was able to compensate for the time penalty, but just missed the points. Adrien had made up a place until the pit stop, Matteo could then work his way up to rank 20. And who was at the top on Saturday? Mercedes-AMG.

The Dutchman Indy Dontje (26) and Maximilian Götz (33) from Uffenheim from team Mann-Filter Team HTP made the first win of the season for the star on Saturday; in front of Audi and another Mercedes-AMG. Only damage limitation was the KÜS Team75 Bernhard in the last race of the season to run the league of super sports cars at the 3.645-kilometer Sachsenring. After all, both Porsche 911 GT3 R came into the finish on Sunday. The starting number 17 with Timo Bernhard and Klaus Bachler achieved eleventh place; the sister car with the 18 and Matteo Cairoli and Adrien De Leener in the cockpit were 13th. In a difficult qualifying Klaus drove out the twelfth place. In the race he lost two places at the beginning, then stuck in traffic and handed over to Timo at position 13. He made up two positions in his stint and crossed the line as eleventh.

In the qualifying, Matteo achieved eighth position. He also had to let two competitors go in the starting lap and handed over to Adrien at ninth place, who brought the car back on 13th position and with it also in the points. The Swiss Patric Niederhauser (27) and the South African Kelvin van der Linde (23) from Kempten won from the pole on the Audi R8 LMS of HCB Rutronik Racing after 45 laps ahead of Mercedes-AMG and another Audi. Timo Bernhard: "No end of season, as we wanted it to be, but life is not a request concert. We did not have the pace at the weekend, the car was not perfect. We have to analyze why that was. The sister car worked better. We did not get it to the point and were not fast enough today. As I said, we will analyze everything and come back in any case."

Come back? That's right, even in Africa

On Saturday, November 23rd, the KÜS Team75 Bernhard will contest the 9-hour race of Kyalami. The race on the former Formula 1 track near Johannesburg will be held for the first time as the final of the Intercontinental GT Challenge IGTC, the unofficial GT World Championship. The Porsche 911 GT3 R enters South Africa with a special livery. Porsche drivers Romain Dumas (41) from France, Sven Müller (27) from Mainz and Dirk Werner (38) from Würzburg will sit in the cockpit. In addition to the finish line, the aim is to achieve a top ranking in the top-class race in which numerous factory-supported teams compete. Timo Bernhard will lead the mission from the pit wall. We wish you a lot of success and thank you for the inspiring season!