Autoart brings more modelcars of the racing car of diecast, which we already know, but again impresses with its details 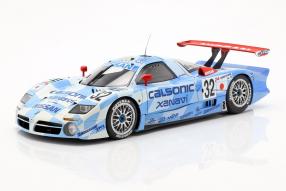 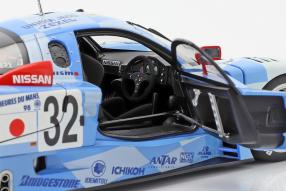 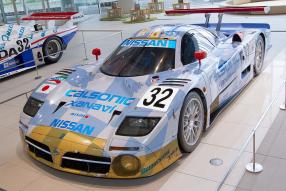 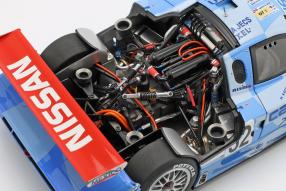 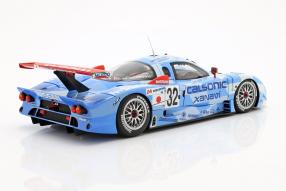 Autoart - own spelling AUTOart - has released a further version of the Nissan R390 GT1 with this week's delivery. Once again, the editors of this blog fall into collective swarms to these modelcars, which inspire with their incredibly sophisticated design variety: Typically Autoart! And again, it is above all the engine whose replica in scale 1:18 tears us from our chairs! In more detail, a model-making company can not replicate a drive set at all; at least not in this size. Luckily, the miniatures with the item number 89876 have doors that can be opened or removable hoods so that the subtleties underneath the cover of the sports prototype are freely accessible to the fans of their modelcars. The prototype, the Nissan R390 GT1, was designed by chassis maker Tony Southgate and designer Ian Callum.

Both engineers have prepared the R390 GT1 at Tom Walkinshaw Racing for the participation at the 24 Hours of Le Mans in 1997 and 1998. For the approval in accordance with the regulations of the the GT1 class, it required the construction of a homologated road version by the FIA, to which Autoart has presented us a very nice modelcar in scale 1:18, in white painting and under the item number 89877. As at this plain body version, the Nissan R390 GT1 from Nissan Motorsports in the same size has a freely visible eight-cylinder after removing the engine cover. Under the cover sits a smaller copy of the V8 with twin turbo charger is positioned, whose role model generates 478 kW / 641 hp out of 3,5 liter displacement. We are fascinated by the manner of the model, how Autoart has implemented the V8 with its wires and cables.

Also the wheel suspensions on the gearbox, the containers and connections are convincing. The whole drive unit is a feast for the eyes, which can not be judged differently at the front: If the collector lifts off the front hood, one will find a perfect replica of the radiator and the suspension. In contrast to the street version, the role model of this new modelcar has been used on the racetrack: Aguri Suzuki, Kazuyoshi Hoshino and Masahiko Kageyama finished third overall at the 24 Hours of Le Mans in 1998 for Nissan Motorsports after 347 laps. The winners after 351 rounds were Laurent Aïello, Allan McNish and Stéphane Ortelli on the Porsche 911 GT1. Nissan R390 GT1 also finished on fifth and sixth place. 47 cars had started; 22 were scored. Applause, but for the model!