The label, which is deeply committed to motorsport, has launched a host of new modelcars in format 1:43 before the Hungarian Grand Prix 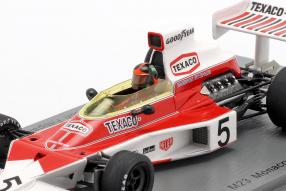 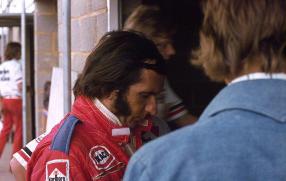 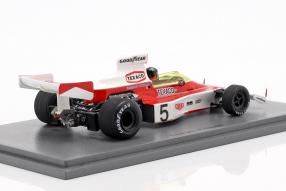 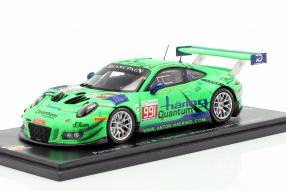 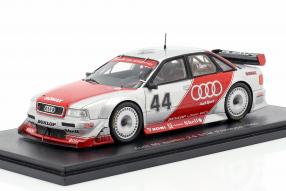 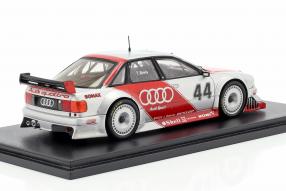 Nobody can blame the company Spark for anything: To be lazy! No manufacturer of high quality car models releases such an unmistakable number of novelties as the team around company founder Hugo Ripert. Every second week appear novelties, to which the role models go back well into the beginnings of motorsport. This is fascinating and instructive at the same time, because none of the stars of the past such as Emerson Fittipaldi in 1974 - the year where the Brazilian, born in 1946, after 1972 for the second time world champion and McLaren for the first time winner of the design engineers - would have dreamed that there are razor-sharp detailed models of racing cars. Especially in the field of exposed engines, the miniatures are mega! And we fans learn the history of motorsport much more through the models, than from books.

The McLaren M23 of the Marlboro Team Texaco is available under item number S7147. Like a car that never started! But more on that later. First of all, Fittipaldi's world champion car is not the only race car that has appeared to his racing cars. Spark has also included models for the Copersucar FD04 from 1977 (S3939) and the 1971 Lotus 72D (S7125). Again, the depth of detail that Spark shows in the drive sets convinced. The Ford engines are rebuilt as filigree, as we do not know it from other modelcars of this size. No wonder, opening hoods in this format are almost extinct. Would it not be innovative for manufacturers to change that again? In the 1980s and 1990s, Schabak shipped decent engines under the hoods of its BMW and Audi. And with today's possibilities ...

But we are not that far today. In addition to the modelcars of further historic Formula 1 of the brands Matra, McLaren, Ensign and Lotus Spark has also delivered a variety of touring cars. For example, the Porsche 911 GT3 R from Herberth Motorsport, with which the drivers Häring, Görig, Triller and Renauer participated at the 24 Hours of Spa 2018. The model with the item number SB218 is limited to 300 units. In this limited amount, the Parker Racing's Bentley Continental GT3 is also available in the same race, driven by Andy Meyrick, Seb Morris, Derek Pierce and Rob Smith (SB225). Among other cars from Cadillac and Toyota stands out above all an Audi, the Audi 80 DTM 1993 prototype. Was Audi in the DTM in 1993? Wasn't there something? If that gives you a riddle, keep reading!

Audi has won the DTM with the V8 and the V8 Evo in the years 1990 and 1991. 1992 would certainly have been similar, because a tripple victory at the Nürburgring let the competition tremble. But the scramble for the use of a gap in the regulations and the associated crankshaft and its distortion in the production in the raw state led to the withdrawal of Audi in 1992. What we see with the modelcars of the Audi 80 quattro DTM prototype 1993, which appears with the driver's name Frank Biela under the item number S7080, is probably the car for the following year of the exit, which was no longer used in the DTM. Biela won the championship in 1992 and was the first driver to defend the title of his brand. Yes, what a selection, what great miniatures Spark is delivering and what stories they have to tell.