12.07.2019Minichamps: Novelties and ahead redundancies of this week

The team around Paul G. Lang proves once again being very diligent and also reveals the secrets surrounding the delivery times concerning the Formula 1-Hits 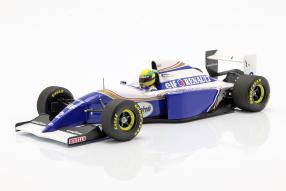 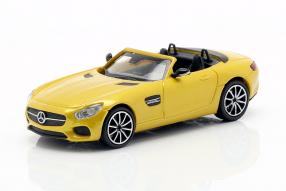 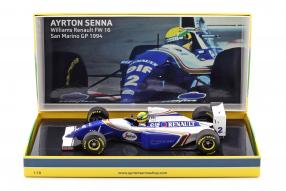 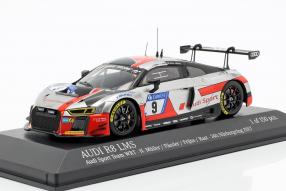 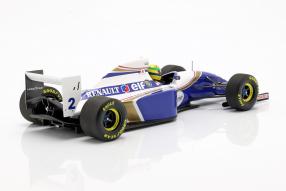 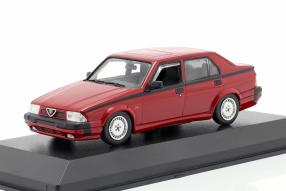 The people from Aachen have surprised us once again with many novelties in this week, the 28th calendar week and at the same time revealed the dates on which we can expect modelcars from the current Formula 1. Do we want to go into detail? First of all we take a look on the miniatures in scale 1:87; a format, in which above all Wiking and then Herpa have achieved great success in model railway construction over decades. Minichamps builds on this size with miniatures of the Mercedes-AMG GT S as a Coupé and Roadster 2015, about the model railroaders in H0 will certainly be pleased; even though we have not found a template in the archives for the fact that applied to the models of the open version grille mask, which was used in the series: The original version of the grille was only in the 2015 coupe.

The roadster appeared just in September 2016 for the first time in the public, so it was from the model year 2017. Something, what makes the miniatures still desirable. But let us come to the cars, which Minichamps has reduced in addition to that. Interesting is the Reynard-Spiess F903, with which Michael Schumacher started in 1990 for the racing team WTS Racing by Willy Weber at the Fuji International Speedway and won the first race of the international F3-League. The modelcars are made of high quality resine plastic and available in scale 1:18 under the item number 517901823. In the same size miniatures appear in a decorative box that emulate the last car of Formula 1 superstar Ayrton Senna, the Williams FW16 from 1994 by the San Marino GP; limited to just 394 copies (543941832).

The modelcar of the Benetton B194 with starting number 5 in 1:43 reminds to the show run of Michael Schumacher from 1994, which was driven out as part of the Grand Prix of Belgium 2017 by his son Mick. The miniatures of diecast with the item numer 447941705 come to the collectors in a quantity of 594 units. The Audi R8 LMS, with which the Audi Sport Team WRT competed at the 24 hours at the Nürburgring 2017, appear with starting number 9 and the drivers Müller, Fässler, Frijns and Rast on the body (437171709); under number 10 Stippler, Rast, Vervisch and Müller have started. The miniatures in scale 1:43 are each limited to 150 pieces. Somewhat less sporty it continues under the label Maxichamps: Among them are new on the market the Mercedes-Benz 230 E 1982 W123 as a T-model, the Ford Escort 1981 in different colors.

Last but not least: The Alfa Romeo 75 V6 3.0 1987. But now to the announcements on the subject of Formula 1: The Aston Martin Red Bull Racing Honda RB15 by Max Verstappen in the decoration of the Austrian GP 2019 in scale 1:18 under the item number 110190933 will be delivered in December of this year. At the same time and identical comes the model of his teammate Pierre Gasly (110190910). In the same month, the fans of Lewis Hamilton and Valtteri Bottas can look forward to the modelcars of the Mercedes-AMG F1 W10 EQ Power +, which appear under 110190644 110190677 and directly lead the starting numbers of their role models in the name. Almost we want to bet that we announce this year's world champion car, or what do you think? We wish you a nice weekend!