The customers for our modelcars are scattered all over the world, but we love our home and therefore like to support the popular handball Bundesliga 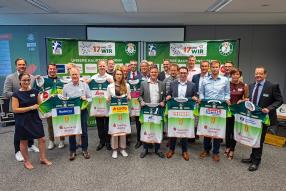 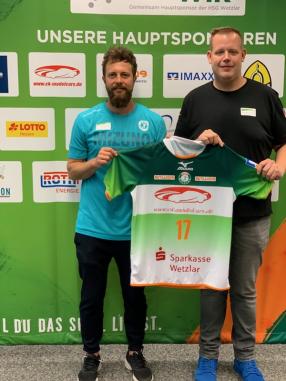 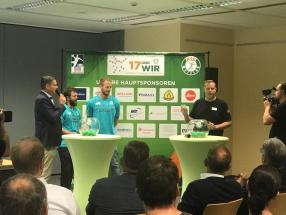 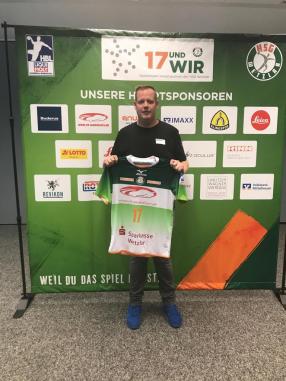 The HSG Wetzlar is a German handball club from the Hessian city Wetzlar, whose origins date back to 1904. Since 2004, the handball community Wetzlar occurs in the Bundesliga (national league) under this name: Since the 1980s in the 2nd Bundesliga successfully, plays the first men's team of the HSG since 1998 continuously in the first handball Bundesliga, which is considered one of the strongest handball leagues in the world. Rich in tradition, the club has the highest average attendance of any handball club in Hesse. Around 4,000 spectators watch the home games, to which HSG Wetzlar invites to the Rittal Arena; By the way, since 2011 the new mascot, the beaver Karlchen, has been running. By reducing the commitment of the main sponsor Licher Privatbrauerei (Licher private brewery), a restructuring of the structure of the sponsorship became necessary, which the association knew how to solve in an innovative way. And: Also ck-modelcars.de is here!

Because even as a company that works mostly online, we are at home and therefore at HSG Wetzlar. And what does that look like? 17 companies from Hesse are partners in the campaign "17 AND WE - Together Main Sponsor of HSG Wetzlar". And we are one of these 17 companies! The handball premier league presented the new main sponsoring for the upcoming season on June 24th, 2019 at a press conference in the Rittal Arena. The Green-Whites in the 22nd season in the German Handball Upper house go new, innovative ways. The Middle-Hesse do not rely on a main sponsor, but on the support of a total of 17 companies that together support this important position. The partners have joined forces over the newly created campaign "17 AND WE - Together Main Sponsor of HSG Wetzlar".

"We would like to thank all partners who have been inspired by our new path and who will be part of the action '17 AND WE 'in the coming season", says HSG Managing Director Björn Seipp: "We are proud to have been renowned for this Companies that have been sponsors of HSG Wetzlar for years, but also some new, strong brands such as Bosch Thermotechnik GmbH / Buderus Deutschland or Klingspor Management GmbH & Co. KG."

The search for a new main sponsor had become necessary for HSG Wetzlar, as the Licher private brewery, which held this important position for many years, will act as a "co-sponsor" of the Green-Whites from next season. "The responsible people of the Licher private brewery thankfully announced this step very early, so that we had enough time to reorient ourselves," explains Seipp, who also worked out the value of a main sponsoring in the course of a commissioned brand analysis: "With our redefined claim we are then double tracked. While the search for a major sponsor was expected to be difficult, the new '17 AND WE'-idea was well received by companies - perhaps because it fits in well with our successful middle class region and in many ways for everyone involved a win-win situation."

ck-modelcars has drawn the game against the GWD Minden. Managing Director Christoph Krombach: "We are very pleased to be able to support the HSG Wetzlar in the new season as one of 17 jersey sponsors. It shows again that the marketing strategy of HSG Wetzlar was right to rely on a pool of medium-sized companies in order to create a broad foundation. I wish HSG Wetzlar maximum success for the season 2019/2020 and I look forward to an exciting upcoming season! "The photo of the draw shows from left to rigth Björn Seipp, the players Maxi Holst and Stefan Knerr and Christoph Krombach.