In time for the guest appearance of the electrified racing series in Germany, new modelcars in scale 1:43 appear from Spark 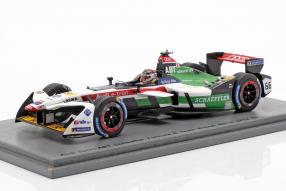 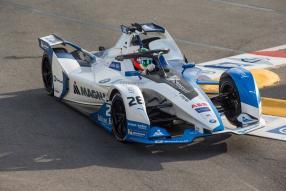 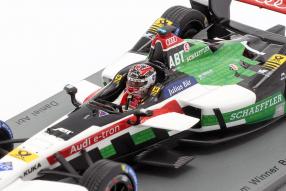 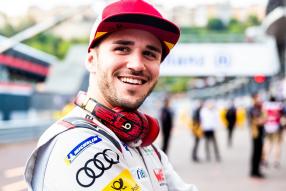 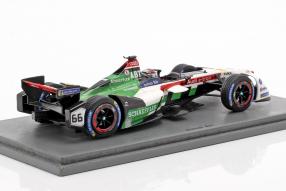 After nine of 13 races of the current Formula E-Season and before the race in Berlin on the coming weekend, DS Techeetah is with 38 points lead at the top of the team standings. Jean-Éric Vergne is the only driver so far, who could decide two races for himself. With it, he leads in the driver evaluation. His teammate André Lotterer took the second position. The small series label Spark has released new modelcars to the electrified race series in time for the race weekend in our lovely capital at the Spree. It refers to the cars from Daniel Abt, Lucas di Grassi and Tom Dillmann, so the Audi e-tron FE04 as well as the Venturi VM200. The Abt with item number S5931 appears in look of the BerlinEprix 2018; the Di Grassi in the decoration of the ZürichEprix (S5929) and the Dillmann in design of the NewYorkEprix 2017/18 (S5926).

From our point of view, these high-quality and very detailed modelcars are the right companions for fans of the Formula E, who can watch the race in Germany from 12:50 to 13:55 on the ARD (Das Erste) (German TV channel). Or just live: Since the founding of the Formula E Championship, the all-electric motorsport series takes place every year in Berlin at the 2008 shut down airport Tempelhof. This was one of the three most important European airports in the interwar period. Between 1948 and 1949 it served as a starting point for the supply of 2.5 million West Berliners by the Berlin Airlift. In 2015, Tempelhof was converted into a refugee camp, so that the ePrix took place once in Berlin on Alexanderplatz. The track, which is 2.375 kilometers long today, consists of ten turns. Attack mode can be triggered in turn six.

The tenth race of the season for the ABB FIA Formula E Championship is the home race for BMW i Andretti Motorsport. As a result, BMW i will once again occupy the position of the title partner in Berlin. The team rates the flat, uniform concrete pavement of the airport as an advantage: Five left- and five right-hand curves can be mastered counter-clockwise. The slowest curve is the T6 at about 48 kilometers per hour; the fastest turn the T8 with about 160 paces. Relatively high average speed. The track layout allows a relatively high average speed, but this is accompanied by a fairly high energy consumption. Two long straights and the width of the track ensure good overtaking opportunities with a low risk of accidents. But the tire wear especially for the right side is high and could become a key factor in the race.

A Note to Participate: The Fanboost voting gives the Formula E fans the opportunity to vote for a driver and to help him during the race to an extra performance boost. The five riders with the most fanboost voices receive significantly more power, which they can call in a five-second time slot during the second half of the race. The fans can start voting six days before the race; So it works already. Each fan has the opportunity to vote once a day. Voting ends 15 minutes after the start of each race. There are three ways to cast your vote: online at https://fanboost.fiaformulae.com/, via the official Formula E app or on Twitter using the hashtag #Fanboost and the driver's first and last name as one-word Hashtag. We hope you have fun!

Here: Click to the modelcars to the Formula E