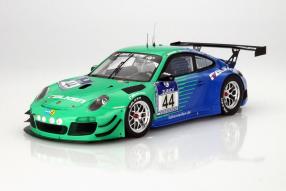 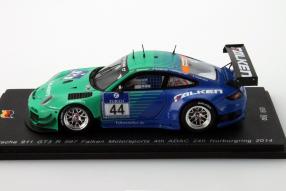 A very close race: only 40.729 seconds separated the winner of the Audi Team WRT from the runner-up, the BMW Z4 GT3 of BMW Sports Trophy Team Marc VDS. Christopher Mies, Edward Sandström, Nico Müller and Laurens Vanthoor parked their brand new Audi R8 LMS after 24: 06: 18.138 hours and 156 laps on the top rank of the podium; the first victory for all of the 4 drivers and the team owner Vincent Voss at the endurance race track classic at the Nuerburgring. 102 vehicles, of the 151 participants that started at  the 43rd edition of the ADAC Zurich 24h race ,  counted.  Falken Motorsports also had reason to celebrate for that their  Porsche 997 GT3 R came in 3rd overall place, a spot on the podium for the very first time. The drivers Peter Dumbreck, Wolf Henzler, Martin Ragginger and Alexandre Imperatori pressured the winners to be, especially in the second half of the race. They finished  with 24: 03: 55.186 hours and 155 laps, a more than respectable result.


Even for companies such as Spark, it is of course impossible to  now reflect the result of the previous race and bring out a model car. Although the team led by Hugo Ripert is one of the fastest companies, to bring out the latest models from the world of motorsport , is also not happening overnight. Nevertheless, the fans can look forward to the  997 GT3 R, after the great success of Falken Motorsports a suitable model of the Porsche car: The car with starting number 44 is barely different in appearance from last years issue; Only a sticker on the rear window is added to the 2015 model. Spark has put out models in 1:18 and 1:43 . Last years model was limited to 500 copies in 1:43 . You can get your copy under item no SG131 for 59.95 euros and as usual Spark-quality resine plastic.


Of the 1:18 there was only 200 copies brought out, it wasn't very different from the smaller model version. While other manufacturers in miniatures in 1:43 like to leave out a few of the details, Spark puts enormous value to detail in both sizes. The attentive collector will notice, for that no matter how small, there is not even the smallest antenna missing. It is not very surprising that Spark has implemented the previous year's car of Wolf Henzler, Peter Dumbreck, Martin Ragginger and Alexandre Imperatori with respect to the appearance perfectly in both sizes. For those of you, just starting to collect, due to the perfect performance  of ??Falken Motorsports at the ADAC Zurich 24h Race 2015  the models of Spark are the ideal models to enter at a high level without overstretching the budget , Under the item number of the Falken Porsche 18FLK2014  you can get your 1:18 for 159,95 Euro;exclusively for our customers and only at ck-model cars.