Modelcars for the four-wheel drive sports cars in the scales 1:43 to 1:12 have long been part of our product portfolio 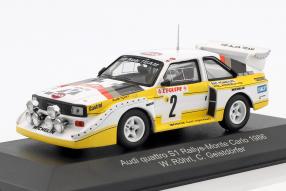 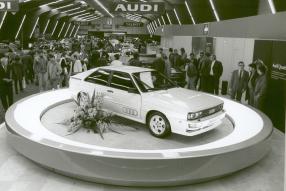 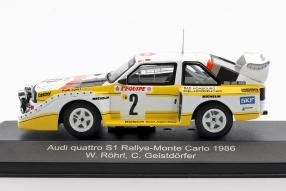 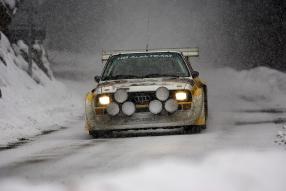 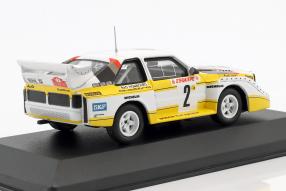 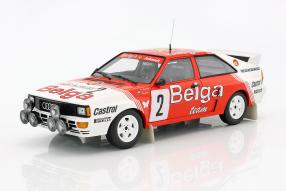 It is much less a car than its drive technology, which has entered the history book of the vehicle construction: The permanent all-wheel-drive quattro has changed the world since its appearance. The fact that all four wheels bring the power of a car onto the road was by no means new, but it was widespread to install this form of propulsion in civil production vehicles, and it even had access to sports cars such as the Porsche 911 (from 964) was the real innovation. The roots of quattro technology lie in winter 1976/1977, when a team of Audi engineers made test drives in snow-covered Sweden. For comparison purposes, a four-wheel drive polecat came along - the long-legged military off-road vehicle proved to be superior to the much more powerful front-wheel-drive prototypes. This is where the story should begin: also with the modelcars.

Let's look back to the birth hour of the all-wheel-drive for the civil road traffic, because until then all-wheel-drive was just an issue for off-road use. During the above mentioned tour in the snow, the realization matured that Audi can sensibly use all-wheel-drive even in high performance passenger cars - but a completely new one that was light, compact and efficient and managed without a heavy transfer case and second cardan shaft. The trick here was the use of a hollow shaft - a 263 millimeters long, hollow drilled secondary shaft in the gearbox, which led the power in two directions. From its rear end, it drove the center differential housing, a manually lockable bevel gear differential. Normally, 50 percent of the power came to the rear axle with its second limited slip differential via the cardan shaft.

The other half of the moments came to the differential of the front axle via an output shaft that rotated in the secondary shaft. The new technology made its debut around 40 years ago at the Geneva Motor Show in 1980: its current edition was canceled due to the corona crisis. At that time, the focus was on an angularly styled coupe, which Audi simply called the Audi quattro and whose five-cylinder turbo engine was able to produce 147 kW / 200 hp. Initially only planned as a small series, the Ur-quattro remained in the program with numerous refinements until 1991. In 1984, Audi put him the Sport quattro with a shortened wheelbase aside - at that time it was an exclusive high-performance sports car with its 225 kW / 306 hp. And there are a large number of modelcars of all scales for the motorsport versions of these two vehicles.

There are for example the miniatures exclusively at ck-modelcars.de to the racing cars of world rally champion Walter Röhrl by CMR in scale 1:43 that are parked in the legendary colors of the cigarette brand with the airborne male in the collective memory of motorsport fans. CMR builds both the quattro in the originally long version in rally dress as well as the short Sport quattro. In addition to the individual paintwork, such as the company cars by Harald Demuth and Michelle Mouton, the collector also finds the Audi quattro in the colors of the motorsport department at the time, in which the racing cars of the Audi V8 quattro were champions in the DTM until 1991. But the quattro's, which were seen at the Belgian racing tracks in the red livery of the cigarette brand Belga are also unforgettable.

We have a large selection of modelcars to all these vehicles, which in themselves can form their own collection area. Audi quattro: This technology experienced in 1986 the birth of its second generation with Torsen-differential (Torsen: torque sensing), which was designed as worm gear. When a vehicle axle lost traction, friction was created in the helical gears of the differential, so that up to 75 percent of the moments could be shifted to the other axis. The planetary gearbox introduced in 2005 enabled even higher locking values and distributed the forces during normal driving in a ratio of 40:60. This third expansion stage of the center differential has experienced further development steps since then and is even today in the program. The triump of the idea quattro: Still unchecked today!

Here: Click to the modelcars of the Audi quattro