Today we are taking you to the world of the rich and the famous. With the perfectly made 1:18 model Kyosho is taking us to the luxury world 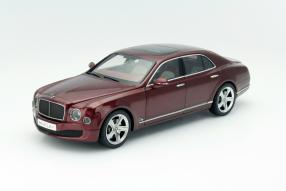 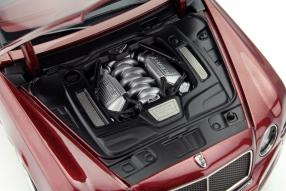 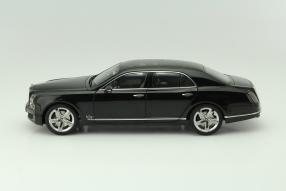 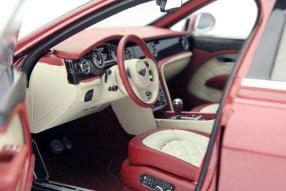 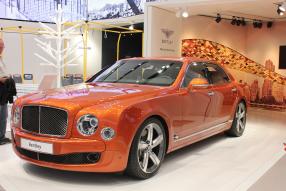 Sit back, dear reader! Close your eyes! Relax! Inhale the scent of the leather, run your fingers over  the piano lacquer on the instrument panel ,  feel how the contours of the seats caress your body and enjoy the gentle pressure at the moment, in which the 395 kW / 537 hp develop their full force and accelerate the speed of the vintage Bentley Mulsanne 2014 in 4.9 seconds from 0 to 100 kilometers per hour.

Here, the eight-cylinder with its 2 turbochargers unfolds an amazing torque of 1,100 Newton meters (Nm) already at 1,750 rpm. The force is beautifully rendered traditionally to an eight-speed transmission from ZF to the rear wheels. The maximum speed indicated by the manufacturer at 305 kilometers per hour, which passed the racing cars at Le Mans and the glory.


The Bentley Mulsanne Speed is a sporty version of the Mulsanne already published in 2009 , which was set against the Rolls Royce Phantom and now various Maybach 57 and 62. The aim of Bentley was to offer more space in the interior   than the latter Maybach. In the length of the Mulsanne it  tops its predecessor  Arnage  by a whopping 18 centimeters and makes it to an exterior length of 5.58 meters.

The design of the Mulsanne comes from the chief designer of Bentley, Dirk van Braeckel. He kept to the design of the line of smaller Bentley Continental Flying Spur model , but found  its own identity with the design of front grill and headlights . The public debut of the sedan did not take place at the 63rd IAA in Frankfurt, but shortly before on the "Pebble Beach Concours d'Elegance" in Monterey in California of 2009.

Gorgeous drive source in the model

The base vehicle based in the price lists at just over 400,000 euros as well as the  Mulsanne Speed presented at Paris Motor Show in 2014 feature the 6.8 liters  V8 biturbo with cylinder deactivation and camshaft adjustment. This technique gimmicks are  to reduce consumption compared to the predecessor versions of the Arnage by up to 20 percent.

Nothing can be seen on the model car by Kyosho, but the depth given the drive set in 1:18 scale by the civil engineers, impress in form and execution; despite the all around attached, prototypical panels of the engine compartment. This is, incidentally, easily accessible through the wide-opening bonnet ; as well as the boot and interior of the 4-to-open doors.

Interior even with 2 laptops

Not only has the appearance of the instrument panel, center console and seats  been transferred perfectly to the model - no, even the elaborate color scheme of the interiors . Side bolsters, instrument panel-top and surroundings,  the interior door panels are color deducted from the mold making technically complex quilted seats and interior surfaces and the underside of the dashboard. Kyosho has each switch prototypically designed and colored.

Piano finish on the instrument panel can be found rather rare even in the so-called Bburago scale. Laptops in Fond almost never. The model car builders have given the model  a leather steering wheel, which acts on the steerable front wheels. Of course, the body of the miniature is made of die-cast zinc  and meets perfectly with their harmonious lines look and feel of the original. A glass sunroof rounds off the luxury amenities of the model.


The Mulsanne brings  2560 kilograms on the scales in its original and is built on a steel body, which was supplemented with aluminum parts. The adaptive chassis with air suspension can be adjusted in 4 steps. Multimedia technology, the Internet, driver assistance systems and a sound system of the highest class are on board.  As a collector of model cars you don't get too much out of the absence of reduced technology.

But the touch and finish in the  perfect model of Kyosho at least invites  to close your eyes and daydream - the lives of the rich and famous in the small format . The model is available in Burgundy Red Metallic under item number 8910R and Black Crystal Black (8910NX) for each EUR 199.95. The favorite color of the author of this article for the Mulsanne, however, is and remains the Orangeflame in which the Mulsanne was to visit the VW Forum Drive in Berlin. A good start to the week!