The work team of Porsche established their lead in the World Cup. We are pleased with the success that have the role models of our model cars. 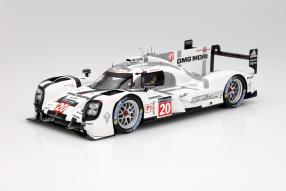 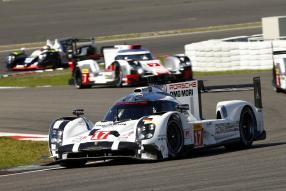 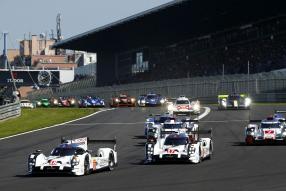 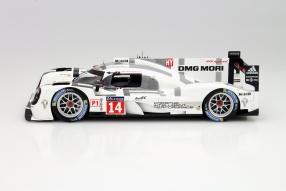 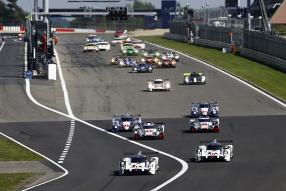 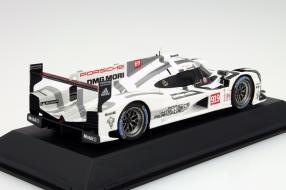 It was in every perspective a hot weekend at the Nürburgring: Last weekend, the Stuttgart manufacturer Porsche, the team  with its Le Mans winner, the Porsche 919 Hybrid, had a double victory in the 4th round of the endurance world Championship WEC at  the tradition rich scenery around the Nürburg. The WEC is extended in accordance with the Regulations of the FIA.

The trio of drivers Timo Bernhard (Germany), Brendon Hartley (New Zealand) and Mark Webber of Australia, won the victory in the Six-Hour Race at temperatures of over 30 degrees celcius - a real rarity in the Eifel even in midsummer. Behind the winners the sister car crossed the finish line, that of the driver pairing Romain Dumas (France), Neel Jani (Switzerland) and Marc Lieb (Germany) . 62.000 spectators followed what is happening throughout the weekend ;  also sounding like record number.

Victory for Porsche and its technology


On several occasions, at the presentation of our model cars - which were created in cooperation, for example by Spark and Porsche -we have  reported on the Porsche 919 Hybrid. The car trimmed to win the 24 Hours of Le Mans  from Porsche is a hit even  in the scales 1:43 and 1:18; reduced masterfully by the license of Porsche from the team of Hugo Ripert and his label Spark.


The first victory with the Porsche 919 Hybrid was at the season finale in Brazil in 2014; with the double victory of Le Mans 2015, the goal of the team from Stuttgart was achieved. The victory of the Six Hour race is the third major success for the young team of the sports car manufacturer. And also for the trendsetting hybrid technology of the 919th by Porsche.


Impressive recovery of the second Porsche

At the only 5.137 kilometers long and curvy Nürburgring the race with the different speed classes was a thriller of overtaking and lapping maneuvers, so Porsche stated in the final press conference: "The second place of the Porsche of Dumas, Jani and Lieb  starting from pole position was fought extremely hard. In the first half of the race, the crew was deprived of their leadership due to three long stop-and-go penalties, caused by a technical defect. While the team changed drivers in both cars at every   refueling stop  Neel Jani stayed in his car for 76 laps drove two and a half full tanks empty in his comeback from sixth place. "In his account, so the sports car maker, also the fastest race lap was gone, that was specified with 1.37,955 minutes.

Quotes after the race


A lot of joy about the result  with Matthias Müller, CEO of Porsche AG: "Following the successful Le Mans weekend we arrived here with great expectations The time since June 14, has been well used, and with two double victories shown in LMP1 and the GTE-Pro class, we have shown what Porsche is capable of. One can only congratulate the two teams and all stakeholders. "
Fritz Enzinger, Head of LMP1 at Porsche: "At the first WEC appearance in Germany retract a double victory is, of course fantastic. The new aerodynamics works very well. Because of that and with the points of today our goal has moved a little closer, namely the manufacturer World Cup win. But I also want to thank the whole team at home in Weissach. We look forward to the next four six-hour races. "

The results from sunday