Spark has now also delivered the retail models for last year&#039;s Nine-eleven for the racetrack and we want to summarize some facts. 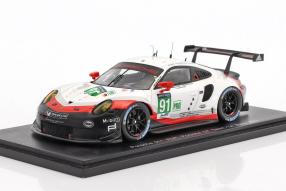 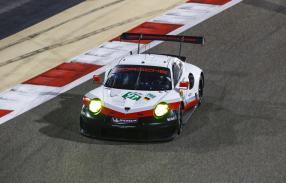 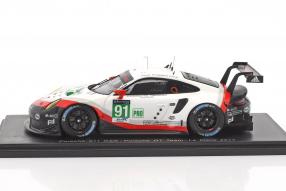 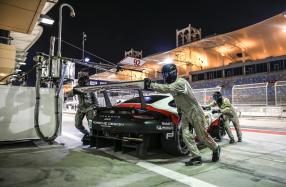 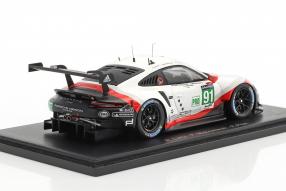 The two model cars from Spark of the Porsche 911 RSR of the 24 Hours of Le Mans are - as you would expect - true miniatures of the highest class. Crafted to be accurate in terms of craftsmanship, they look and look the same as their prototypes, the so-called Porsche GT Team emergency vehicles. And they can look back on a great first season: In October, the 911 RSR celebrated the first two titles in the 10-hour race Petit Le Mans on the Road Atlanta circuit. There, Patrick Pilet from France and Dirk Werner from Würzburg won the prestigious North American Endurance Cup. For this probably hardest performance and reliability rating, the long-distance classics Daytona, Sebring and Watkins Glen are judged in addition to the Petit Le Mans.

The Porsche GT team fought hard in this unique competition, in which four top-class race teams and drivers have to prove their consistency and reliability for a total of 52 hours, as well as victory in the team classification. The first highlight of its debut season was the new 911 RSR on July 22, when it claimed its first victory in Lime Rock in the IMSA SportsCar Championship race. For Marco Ujhasi, Overall Project Manager GT Factory Motorsport, the first race victory of the new 911 RSR was "a particularly emotional moment." We all worked towards this day with passion and unconditional passion. " For example, having unpacked 35,000 test kilometers with the new hope bearers. After all, Porsche has a reputation to lose in motorsport.

Facts and figures for the 911 RSR

The Porsche 911 RSR is a complete new development. The most important innovation is the engine installed in front of the rear axle. Through this de facto mid-engine design, the crew of Porsche achieved a better weight distribution and managed at the same time space in the rear for a larger diffuser, which generates significantly more downforce. The development of the new 911 RSR began at the beginning of 2015. Experience with the predecessor model and current requirements of the regulations led to the conception of the new athlete. As early as ever, drivers have been involved in the development, according to Porsche to Modellauto News: "Only then, at the end of a busy stint, will they be able to deliver the top performance needed to succeed in the challenging competitive environment to be."

The new 911 RSR consists of a total of 5,342 components. Of this, 3,646 parts are attributable to the vehicle, 1,282 to the engine and 414 to the transmission. A total of seven 911 RSRs were built at Porsche Motorsport in Weissach for the 2017 season: two each for use in the WEC and the IMSA SportsCar Championship as well as three test cars. With the construction of a 911 RSR, four employees work ten working days. The first car drove the new car in March 2016 on the Porsche test track in Weissach. The highlight of the test phase was a 50-hour endurance race in Sebring. "As far as I know, no other manufacturer has dared to do that," said Marco Ujhasi from Porsche. But the test on the airfield course in Florida, where people and material are the most stressed because of the bumps, went without problems.

The new 911 RSR is powered by a state-of-the-art, naturally aspirated, six-cylinder boxer engine. The displacement is 4,000 cubic centimeters, the power depending on the restrictor about 375 kW / 510 hp. Compared to a turbo 40 kilos lighter and according to Porsche highly efficient unit has a direct injection gasoline and a rigid valve train. The engine was put to the test for the first time in about seven months. The testing program started after almost a year. It contained two 70-hour endurance runs in different weather conditions. Overall, the engine completed over 300 hours in pure endurance. Unfortunately, Spark does not lock the drive set under the hood that can not be opened, which does not hurt the attractiveness of the two Resine models.

Here: The model cars of the new 911 RSR in the shop