We remember the occasion of the announced revival of the legendary DMC-12 at its history and have a suitable model car look. 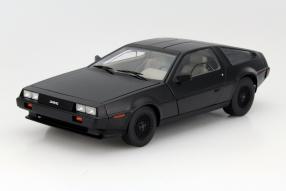 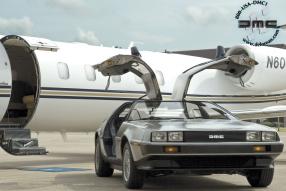 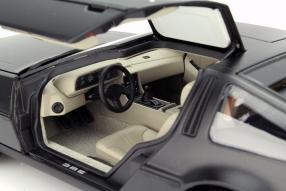 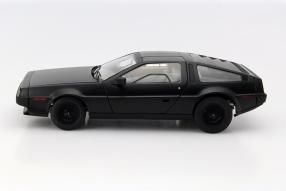 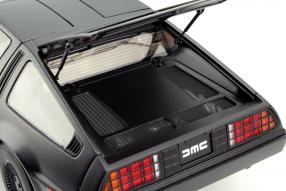 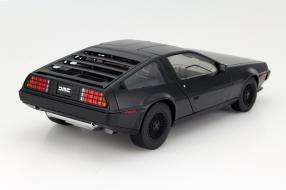 In 1975 the DeLorean Motor Company was founde in the US Michigand; In 1981 she was presented with the DMC-12 their first and only vehicle. A total of up to 8,583 copies from the company of the mid-engine sports car were built, who reached his use as a time machine in the movie trilogy "Back to the Future" to which none of Product Placement popularity. Conceived the project had John DeLorean, the General Motors had as a former vice president's reputation to react the sportscar project with the help of the British government and its financial resources. The build quality, which may have from AutoArt today that the DMC-12 model car has, the model seen in proportion, however, never had. Nevertheless Totgeglaubte live longer.

The Return of the DeLorean in the first spot

It is certain that the car comes back now, since an investor from Texas on the one hand and the "Low Volume Motor Vehicle Manufacturers Act" on the other hand provide the basis for the return of the stainless steel gullwing. A first commercial film to was to put this on 03 February 2016 to the Internet and the website of the company: Under the title "Lucky Coin" a thanksgiving for the car they have placed in love is to be read and the promise on under the embedded here Link posting attainable site news on the progress of the imminent resurrection. The "Low Volume Motor Vehicle Manufacturers Act" into law in December 2015 and enables manufacturers of small series of vehicles, to compromising crash safety.

More important are the US probably compliance with emission limits, but not necessarily all the rage in terms of passive safety in vehicles. Requires More than 5,000 cars must not build a manufacturer, if he wishes to take advantage of the facilities. So the DeLorean DMC-12 can go into production again. So unsuccessfully, as seemed to have been the model for our model, namely he was not. After all the above mentioned number has been built within 21 months; 20,000 were ordered, although the originally calculated sales price had more than doubled to 25,000 dollars, only slightly cheaper than a Porsche 911 he was back to 1982, the production was stopped.

The DeLorean came just at a time when the market collapsed in the US and even Porsche and Ferrari paragraphs brought into a skid. Opposite where the DeLorean was anyway not a better choice because the only 97 kW / 132 hp from its PRV engine was no attractive alternative to driving records of classic sports cars, against which should compete DMC-12th The 2.8-liter V6 was developed jointly by Peugeot, Renault and Volvo, which was originally planned as an eight-cylinder. Behind the series production of the DMC-12 infected Lotus and the legendary Colin Chapman, who managed the feat to bring the design of Giorgetto Giugiaro (designer) and Bill Collins (technology) in only 2 years on the road. Qualitatively, it was unfortunately also a quick shot.

Model car of the DMC-12 is a high-tech model

But who knows - if DeLorean would not get into financial difficulties, the parties might have obtain the curve yet. Since the movies with Michael J. Fox and Christopher Lloyd and numerous car models keep the legend DMC-12 alive, which is now to find their way back to the present. The car models from AutoArt any case be attributed to the very best in the finish, what ever the label presents. In matt black lacquered - later DeLorean actually got paint on the steel surface - it looks a little ominous, but the straight lines unverschnörkelten act just like the BMW M1 from the same spring timeless, dynamic and elegant.

Great workmanship in the interior

The impression has taken 1:18 AutoArt perfect; Doors and hoods are open and the gap dimensions superlatively well; the fit of the functional parts is no cause for criticism. Details such as the dashboard, instrument panel and seat construction are retold lovingly; the vehicle floors flocked. We extent to which the history of the DMC-12 next to tell, we will have to depend on the further development in Texas. We look forward to it and are curious.