In 6.59.73 minutes Marco Mapelli ran a lapp on the Nürburgring. After the rounds in the Smart and the DeLorean was needed again more power in the blog. 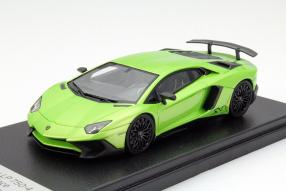 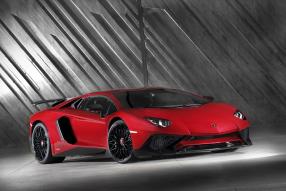 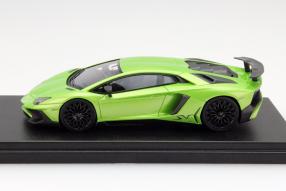 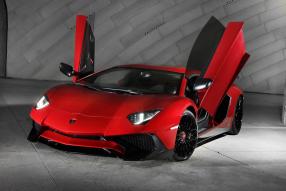 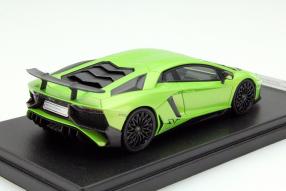 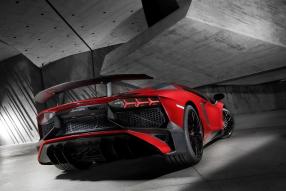 Yeah, we know that In today's life in the big city, there is nothing more reasonable than a Smart, and we like the little car, too - as a prototype, but even more so as a model. But it's really fun driving with a bit more horsepower under the hood. Therefore we are going to go the shelf where the supercars are waiting to be bought by you: The small series Label LookSmart has brought 2 beautiful models the Lamborghini Aventador in the colors Ithaca Green and Aldebaran black on the market, available under the part numbers LS447E and LS447D; not, however, the 2011 basic version presented in Geneva, but the high-end model LP 750-4 Superverloce.

Decorated in 1:43 scale car models are made as usual resine plastic and form the only around 1.14 meters high supercar exactly after. One measure, which we encountered recently also at BMW: The BMW M1 is random as high; on this we have in the accessible via this link items reported in detail. Also at the Geneva Motor Show, but in 2015, Lamborghini unveiled the Aventador LP 750-4 Superveloce - abbreviated to SV. He received a revised V12 that develops 552 kW / 750 hp in the SV. Thus, the SV was the strongest Lamborghini the company's history.

The 4 valves per cylinder equipped engine produces a maximum torque of 690 Newton meters (Nm) and speeds up the super sports car from 0 to 100 kilometers per hour in 2.8 seconds. In order to reach a speed of 200 it needs from the prior 8.6 seconds, reaching the 300 mark by 24 seconds. The top speed is said to be more than 350 kilometers per hour, so Lamborghini. The rich in tradition manufacturers from Italy has adjusted the aerodynamics and compared to the reduced weight of the empty base to 1,525 kilogram 50 kilos were saved. In this constellation, the four-wheel drive was the Nürburgring Nordschleife in just circumnavigate 6.59.73 minutes. Driver Marco Mapelli finished the World Cup the GT driver in the 2015 FIA World Endurance Championship the way place 33rd

Extreme detail on the 1:43er model

When record lap at the Nürburgring Mapelli left on the tires from Pirelli. This has simulated as meticulously LookSmart how the alloy wheels and the brake system of the subscribed in extreme wedge shape supercar. The modelers have delivered with the replica of the rugged front end, the aperture of the tailgate and the diffuser below the bumper elaborate a masterpiece; much effort justifying sure the price of 124.95 euros per model. In praise there is of us but also for the design of the flanks with the wide air intake openings and for the reconstruction of rear spoiler and taillights. The making visible of carbon parts can also nothing to be desired. The appearance of the model is made perfect.

Video of the Nürburgring round

the scissor doors remain unfortunately closed line with the custom at Resine models; the details in the interior, the sports car fan understand the prototypical generous glazing. The on rear seated, outgoing at high speeds the cooling air ducts are the model in 1:43 without function. On balance, we therefore confirm that the model of the Lamborghini LP750-4 SV qualities that make it a must have for collectors of sports car model car. Those who want to experience the Nürburgring round in the video, the Lamborghini has the set earlier in the article Video to set the mood and another on the full round, which you can reach your using the link embedded here. Have lots of fun with it!