This week, Minichamps delivered further miniatures with the 99X in the scale 1:43 to the Formula E-racing car from Stuttgart 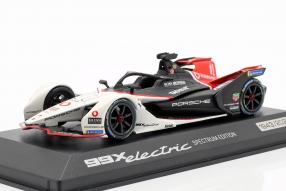 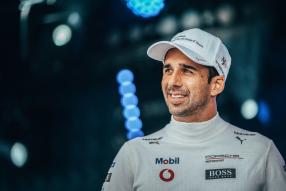 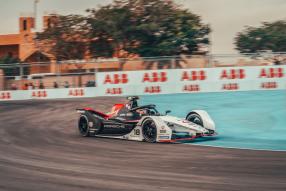 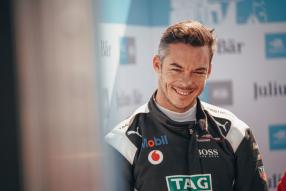 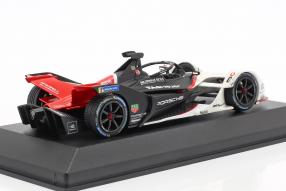 After the successful season start in November with a second place at the Diriyah E-Prix in Saudi Arabia because of Porsche works driver André Lotterer, the TAG Heuer Porsche Formula E-Team travels with confidence to the third run of the ABB FIA Formula E-Championship 2019/20 to Chile. The goal is to finish the Santiago E-Prix on January 18th, 2020, in the points and to gain more valuable experience. In time for this, Minichamps has delivered new modelcars. The miniature to the Porsche 99X electric from the season 6 2019/20 have appeared as part of the Spectrum Edition in scale 1:43 and are produced of diecast. The high quality models with the number WAP0200860L00 are limited to 2.020 pieces. But in this article we dedicate ourselves to the weekend in Santiago. Who wants to see the models of the model live: All information here!

The third round of the sixth season of the ABB FIA Formula E-Championship 2019/20 takes place in the center of Chile's capital Santiago in the Parque O’Higgins. On the day before the race, January 17th, there was a short function test, the shakedown. On the race day, January 18th, two free trainings are on the program. The first takes 45 minutes, the second 30 minutes. Four groups of six drivers each are formed in qualifying. The breakdown is based on the current driver classification. André Lotterer starts as sixth in Group 1 and Neel Jani as 21st in Group 4. The drivers have six minutes each to complete the best lap. The fastest six pilots of all groups then qualify for the 20-minute Super Pole. This is much more confusing than qualifying in Formula 1.

And in the Super Pole it is decided who will tackle the actual race from the first, second and third row on the grid. This takes 45 minutes plus one lap. The 2.287 km long street circuit in Santiago is one of the classic Formula E routes with narrow passages, hairpin bends and a total of eleven curves. What is striking is its elongated left turn in Turn 8 and a long straight. Of course, fans also have the opportunity to watch the course of the training and the race on Eurosport on TV (German TV Chanel). It starts on January 18th, 2020, at 7:05 pm to 7:45 pm (CET) with qualifying, the race can be followed live from 7:45 pm to 9:00 p.m. ARD (German TV Chanel), broadcasts the Formula E race on Saturday in the ARD livestream, which, however, is only available in Germany. We keep our fingers crossed for Porsche and the other teams!