Crafted superbly model cars are now available for this year&#039;s car of Sebastian Vettel: The winning car from Australia 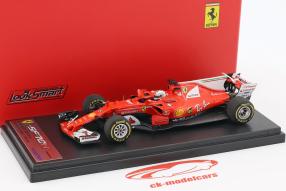 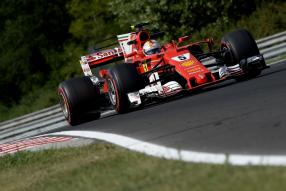 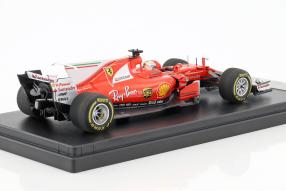 Gina, as the name to which our favorite Sebastian Vettel has christened his Ferrari SF70-H, the Scuderia Ferrari's F1 car in Formula One. Gina had every chance in retrospect on the current, 68th World Cup season, After 2007, they again got a drivers' title to Maranello, but in Asia they lost them: At the Singapore Grand Prix, the Ferrari retired after an accident at the start, at the Malaysian Grand Prix problems with the turbochargers led to point losses, in the race Japan it was trouble with the ignition. And after a terrific debut in the season: Gina won the Australian Grand Prix and Kimi Raikkonen finished fourth. The industry was listening - was the dominance of the Silver Arrows with the Ferrari SF70-H in Ferrari's anniversary year over?

It was - until Asia. Until then, Sebastian Vettel and Lewis Hamilton delivered a thrilling neck-and-neck race for the World Cup lead. Only after the three wins in Asia consolidated a lead for the Britt, that should continue until the Grand Prix of Mexico and in the fourth World Cup for Hamilton should result. But we are convinced that Ferrari's two drivers will try to finish the 2017 season with one victory in each of the last two races. Because: The defects and incidents in Asia have nothing to do with the general suitability to win a World Cup with the SF70-H: Four victories Vettel speak a clear language. Let's keep our fingers crossed that it will be better next year, because even for the sport a victory of Ferrari in the World Cup would be a real ... yes, actually it is a must. Unless, Red Bull gets the World Cup.

Perfect appearance and details in 1:43

But seeing Mercedes-AMG on the throne again and again is a bit monotonous, with all due respect to the performance of the team and its drivers. Not at all monotonous, however, are the model cars that LookSmart introduces to the SF70-H. All changes in the regulations regarding vehicle width and overall width and low wings have been perfectly implemented in the 1:43 scale. The build quality is high according to the label. Splinters, chassis parts, underbody and tires are first-class implemented; Antennas, driver figure and the rear spoiler artisan first cream. With the model of the article number LSF107 there is a winner car directly: Vettel won the GP Australia at the Albert Park Circuit on March 26, 2017 after 1: 24: 11.672 hours.