On January 29, 2016 the production of the iconic off-road vehicle ended. A series of highly skilled model cars sets new standards. 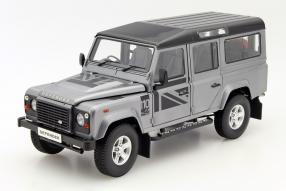 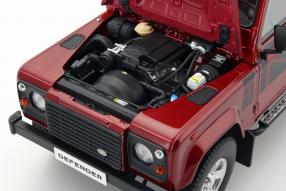 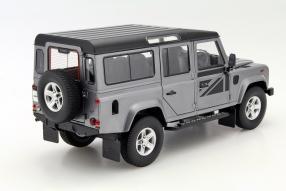 Between 1948 and 2016, more than two million vehicles were produced by Land Rover Defender. The off-road vehicle therefore ranks among the absolute classics of the automobile history, but on 29 January 2016 the last of its kind ran as a victim due to the requirements of the pedestrian protection and the no longer permissible backbones. Land Rover celebrated his successful model with a kilometer-sized sand painting on the beach of the Welsh Red Wharf Bay, plowed by six Land Rover models from the past decades and captured in the video, which we could embed at the top of this article. On this beach is the legend according to the inventor of Defenders Maurice Wilks 1947 his first model sketched in the sand. But this article is not about the video, but about the handy sensationally well-made modellautos of the Asian label Century Dragon.

Look in detail is worth it

The models are made of zinc die-castings with opening front doors, an opening bonnet and an access to the rear compartment. The model for the miniatures is the Defender 110, the output with 110 rounded inch wheelbase. Century Dragon supplies the cars as right and left-hand drive and chose the colors Firenze Red Metallic, Orkney Gray Metallic and Santorini Black. The diecast models are characterized by a first-class elaboration of the details up to the structures of the bonnet and were composed of 247 parts each. The dimensions: 254 x 98 x 114 millimeters. The miniatures correspond to the last production stage, ie the 2007 edition.

Sophisticated to the last notch

The high engine bonnet, which is also high in the model car, is the result of the 2.4-liter four-cylinder diesel engine developed by Ford, the former parent company for the Defender, which delivers 90 kW / 122 hp. One year later, the Indian Tata Group acquired the Automarken Jaguar and Land Rover. The miniature also shows the last state of the faucet panel, but the slavish-correct reproduction of the drive set with its several different components highlighted in several colors, as well as the representation of the structures of the hood, the step boards at the sill, the interior door panels Orange and red lights and the design of the powerful radiator grille. No question: The Defender of Century Dragon are absolute highlights and model cars for connoisseurs.