Spark delivers a 39 centimeter long modelcar of the second place in the LMGTE Pro-Class from the previous year in the scale 1:12 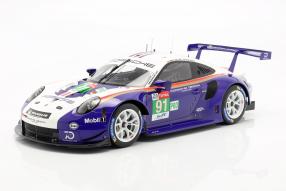 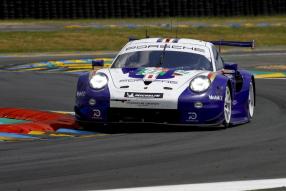 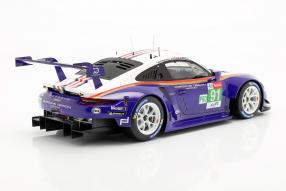 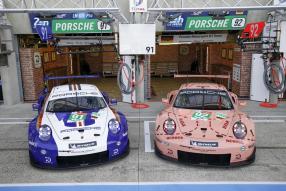 The flood of new modlecars, which we have experienced in the last two years in the scale 1:12, has not existed this year. Ultimately, this is understandable, as the oversized miniatures present collectors with new challenges. Models such as the Porsche 911 RSR GTE in the size 1:12 presented here, which, at just under 39 centimeters in length, also occupy larger spaces in the showcases. In the 1:18 format, the vehicle measures only 26 centimeters; around 11 in 1:43. In return - and this is what makes these large models so attractive - they impress the viewer with a wealth of outstandingly elaborated details, for example in the interior or in the area of the air intakes, the design of the front apron as well as the antennas and the interior of the headlights. They are eye-catchers that can also stand on their own - in the middle of the room.

And there the model of the Porsche 911 RSR GTE could also attract attention, which is based on the second-placed of the 24 Hours of Le Mans 2018 in the category LMGTE Pro. A review: In 2018, Porsche celebrated its anniversary with the hashtag #Porsche70. Appropriately and in the first year after saying goodbye to the LMP1 class at the 24 Hours of Le Mans, the Stuttgart team traveled to the Sarthe with great commitment and four vehicles: The Porsche GT team was then rewarded with a double victory, because the 911 RSR GTE with the starting number 92 won the LMGTE Pro class with the drivers Michael Christensen, Kevin Estre and Laurens Vanthoor after 344 laps and brought Le Mans class victory 106 to Stuttgart. The Porscheans could not have had a nicer birthday present.

In the same category the teammates Richard Lietz, Gianmaria Bruni as well as Fred Makowiecki at the steering of No. 91 took the 2nd place; with the role model of our model, which by the way started the race from the pole position of the class. Based on the overall ranking of the 86th edition of the race, which is so traditional, the result meant 15th and 16th place for the Porsche GT team. The large model of the 911 RSR GTE with the starting number 91 and the item number 12S011 is made of the high-quality polyurethane resin as usual by Spark and wears the classic colors of the Rothmans look; reminiscent of the World Sports Car Championship or FIA World Endurance Championship, with which the Porsche 956 around 1984, among other things with Stefan Bellof have been victorious on the racetracks of the world.