Two strictly limited Porsche 964 and 993 turbo in the 1:43 scale enrich the portfolio of exclusive models produced by Minichamps. 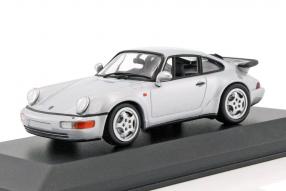 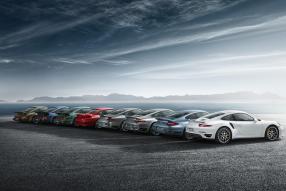 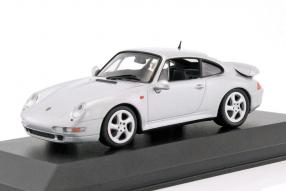 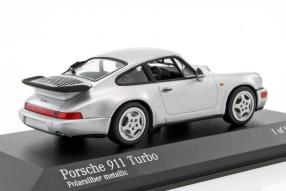 Once again, the cooperation between ck-modelcars and Minichamps has led to rare special models, which have now been released: The theme Porsche 911 turbo is enriched by two very beautiful model cars in the 1:43 scale, which are also extremely favorable as part of the Maxichamps series : The Porsche 911 turbo of the year 1990 belongs to the series 964, which dominated from 1988 to 1994 the program of the Stuttgarter sports car manufacturer. At that time, cars such as the Cayenne and the Macan were not even thought about and the company was not as broad as today. On the contrary: the front-engine cars 944 and 928 fell in the favor of the audience, and so the Porsche 911 as the backbone of the company had to be reinvented. We have put together a few lines for you.

Minichamps and Ck-modelcars have put two special series on the Porsche 911 turbo. Let's start with the Porsche 911 964 turbo, which, like its base, also stood against the predecessor, commonly known as the G model, made from 80 percent of new parts. On the outside, the 964 series offered new safety features such as the ABS. Also for the first time Servolenkung and airbags entered the 911. The landing gear was also renewed. The model car for the Porsche 911 964 turbo carries the date 1990, so has at least on the paper the 3.3 liter engine with 235 kW / 320 hp under the hood, which remains closed at the model. Minichamps has very beautifully worked out the huge rear spoiler; Impressions and proportions of the model limited to only 500 units (943069103).

This can also be said to the second miniature, the ck-modelcars and Minichamps on the theme Porsche 911 turbo in the same quantity: the model is the turbo of the series 993, because of its harmonious overall appearance of many fans is called the most beautiful nine-car. Designchef Harm Lagaay created with the 993 at the same time the last air-cooled 911, which today is so in demand that even the first editions from 1993 today double the current price. Porsche Berlin just offers a normal 993 for 131,000 euros! Fortunately, the modellautos that we present here are more favorable. The model available under item number 943069203 also reflects the look of the 993 turbo.

Apart from the fact that the Porsche 993 is regarded as the most mature representative of its family, it has written turbo history in the top version because it was the first turbo with 300 kW / 408 hp to exceed the 400 hp limit. This was possible because the engine with its 3.6 liters displacement was equipped with two exhaust turbochargers and had two charge air coolers, which filled the space under the fixed tail wing to the last millimeter. 540 newton meters (Nm) of maximum torque helped to accelerate to 290 km / h; In 4.5 seconds was reached 100 pace. In the hearts of those who have gasoline in the blood, the Porsche 911 turbo is considered the ultimate sports car in the decades after decades. How nice that ck-modelcars now have these two milestones from the history of this series so cheap to buy as a model.