With the two Porsche 934 in the segment previously dominated by GT-Spirit, the Aacheners equip themselves and offer two great model cars 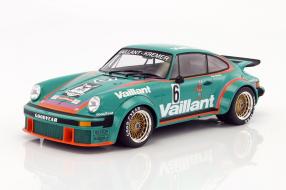 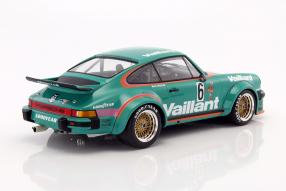 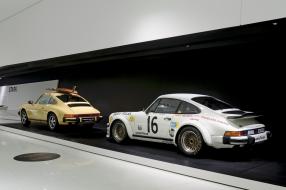 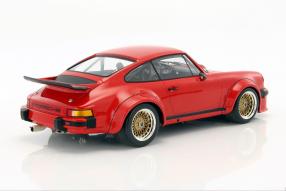 The model car of the Porsche 911 GT3 RS in the large format 1:12, the GT-Spirit from high-quality Resine plastic, will already be noticed to some loyal readers of our blog. Now the fans of the series Porsche 911 have the opportunity to expand their collection by miniatures of this format according to historically interesting models. With the two Porsche 934 Minichamps presents the racing version of the first Porsche 930 turbo presented in 1974. This is also the design of the rear spoiler, but the 934 works by the riveted extensions, 50 millimeters wide, much more martial. The racing version was used starting from 1976 and corresponds to the FIA ??regulations of the group 4. Their domain were the German racing championship DRM and the sports car championship.

In the USA, the Porsche 934 launched in the IMSA GT series. Of course, the cars also took part in the 24 Hours of Le Mans, between 1976 and 1982. The basic version of our model was 357 kW / 485 hp with its six-cylinder box engine. The 3.0 liter got a turbocharger, but two Ladeluftkühlern. Switch was made by four-speed manual gearbox. The civilian version is particularly striking for the changes between the Series 930 and the Sport 934. The most obvious are the fender extensions, which Minichamps has not only created - like the entire model car - a coherent impression, but also the piping straps between the plastic part and body. The replicas of the BBS aluminum rims have also been very successful.

The Model cars viewed in detail

The bellows made of rubber characterize the Porsche 930 as well as the 934 as representative of the so-called G-model. This is also reflected by the design of the dashboard panel, which is the only component to recall the series version. In fact, the Porsche 934 was quite naked inside, but at that time it could be ordered in all standard and special colors, unless it was a metallic paint. Minichamps has diminished the vents above the rear window, the interior life of the headlights as well as the look of the taillights. In addition to the intended use, the inlet for the quick-dump system in the front bonnet, the quick-release locks on the same as the reduced exterior mirror are also missing. Inside: The obligatory roll-over bar.

Under the item number 125766400 the civilian Porsche 934 appears in 1:12 format; The model of the number 125766406 follows the task car of Bob Wollek, with whom the team Kremer Racing won the DRM race at the Norisring 1976. Both miniatures have steerable front wheels and are made from zinc die-cast: the really essential difference to the models of the Porsche 911 GT3 RS, which we mentioned at the beginning. Minichamps calls the Porsche 934 a weight of at least two kilograms, the length with 36 centimeters, the height with 10.8 as well as the width overall with 16.5 centimeters. A format in which a model car is also for itself alone what has been done on writing or living room table. Two other athletes and another 934 civilian Porsche in yellow will follow on this scale; As well as the 930 Turbo 1977 and current Porsche 911 991 R from Diecast. We're looking forward to it.