Minichamps has presented, now also the team around Hugo Ripert on the offensive and brings a variety of models of the # F1 according to current models. Also one in 1:64. 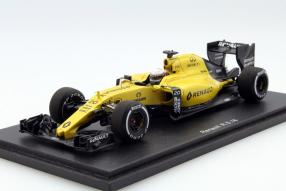 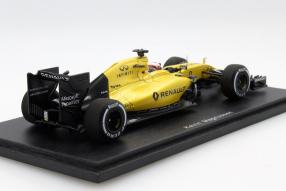 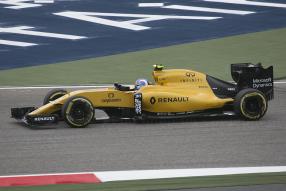 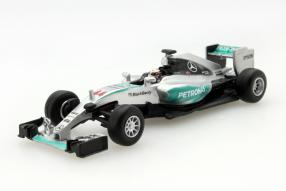 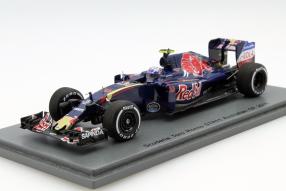 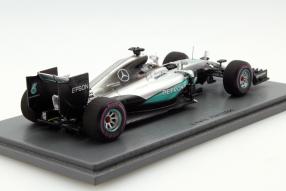 Spark presents the latest four races in the 67th season of the Formula 1 World Championship Modellautos for current vehicles: for the first time the Renault Sport F1 Team is represented with the RS16 in competition paint on the shelves of the dealerships, because Spark has the company cars of Jolyon Palmer and Kevin Magnussen now presented in the 1:43 scale. In addition to the two French, Spark supplies the Red Bull RB12 from Max Verstappen as well as Spark's own interpretation of the Mercedes-AMG Petronas F1 by Lewis Hamilton and Nico Rosberg. The F1 W06 from the year 2015 from Hamilton, however, is available from Spark not only in the size 1:43, but also in the scale 1:64. We will present the model leaks here briefly and hear what the title favorites Lewis Hamilton and Nico Rosberg have to say before the Grand Prix of the USA: The venue is the Circuit of The Americas in Texas Austin, because the Formula 1 has concluded a contract there until 2021 .

# RenaultSportF1 from Spark in 1:43 scale

Renault in the Formula 1 - you should not believe that this is a gigantic success story. The French coach was already from 1977 to 1985 as Équipe Renault and from 2001 to 2009 as Renault F1 factory engaged in the Formula 1 and made Fernando Alonso 2005 and 2006 to the world champion. However, Renault is one of the most successful manufacturers of Formula 1 engines in the last 30 years, with a total of nine drivers' championships taking place between 1992 and 2013: Nigel Mansell, Alain Prost, Michael Schumacher, Damon Hill, Jacques Villeneuve and Sebastian Vettel - the customer list can not be more prominent. With the takeover of last year's Lotus team, therefore, a further start to the world's peak, for which one was assured for 2017 of the services of Nico Hülkenberg.

But this will have to be offered a megamäßig new car, because Hülkenberg with the Force-India-Mercedes is currently in the 9th place of the driver's evaluation and his team with 134 points on the 4th rank of the Constructors' World Championship. Renault Sport is ranked 9th in this ranking. Nevertheless the model lautos of the R.S.16 are a technical as well as optical treats and for the fans of the Formula 1 and Renault a must have; As well as on the editorial offices of our Twitter followers. The R.S.16 is the 23rd car from the in-house Rennabteilung of Renault. The design was designed by Nick Chester. His engine is top-notch, as Max Verstappen was right on top of the podium after his switch from Toro Rosso to Red Bull in Barcelona in 2016 - the Red Bull RB12, which is powered by a Renault TAG Heuer engine .

With 165 points, the United States is in fifth place. The decor of his model car in the colors of Toro Rosso form the stand Australia 2016. The finish of the engine cover, chassis construction, wheels and tires as well as the overall feel are first-class cream. This also applies without restriction to the models for the Renault R.S.16 and the two Mercedes-AMG Petronas F1. All miniatures presented here are made of Resine plastic.

But now what Lewis and Nico have to say before the Grand Prix USA. Rosberg: "Last year, the race did not go according to my taste, so I'm looking forward to getting back there and giving it all to make sure this year is going to be better, hopefully the weather will be better this time I hope that the fans will keep it dry, it was incredible how they stayed in the rain, they deserve a nice, dry weekend, the fans always welcome us very warmly An exciting show and we'll do our best to deliver them. "

"We are looking forward to the end of the race," says Lewis Hamilton, "we're going to have to fight as hard as we can at every race weekend, give everything for the win, and then wait and see what's going to happen." I've got some great memories of Austin, where I won three of four races, and last year I also won my title ... It's almost as if the American fans had adopted me as one of theirs I will try to get out of their positive energy power this weekend. "

The final word will be Paddy Lowe, Executive Director (Technical): "There are always plenty of enthusiastic fans coming from all over North and Central America in Austin, we know how committed they are and have experienced the way they did last year Despite the rain to the bitter end, we look forward to returning to Austin, and to offer another great weekend in this fantastic city. "