20.10.2016#throwbackthursday with AutoArt - Motorsport at a special price 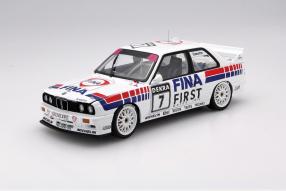 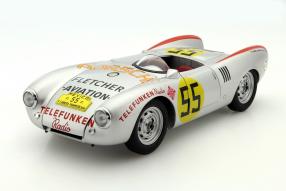 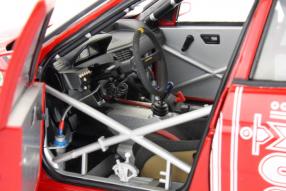 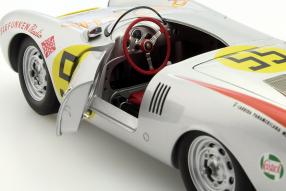 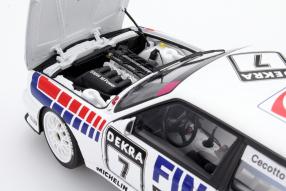 Again and again we look back in the past and remember the hashtag throwbackthursday at particularly nice times. Today, we are bringing these times back to the present, and we would like to draw your attention to the model car models of AutoArt, which we can currently offer greatly reduced. These are extremely well-made miniatures from the area of ??the historic motorsports, which were driven by partly large names. The modellautos are made of zinc die-castings and therefore offer opening doors and bonnets, which is a highlight especially in racing: the vehicles used there are driven by high-performance engines, which also make a more interesting figure in the model cars than a propulsion set in a private car. We have selected our highlights and would like to introduce them to you.

The brand from Stuttgart also attracts a very strong interest in Modellautos. Porsche's collector, who wants to close the gaps in the show case, can look forward to the Porsche 550 RS spyder, which Hans Herrmann launched at the Carrera Panamericana in 1954. The Panamericana is a system of expressways which, with few gaps, connects Alaska to Tierra del Fuego, extending across the entire North-South expansion of the American continent. With the completion of the Mexican part of 1950, road races were also carried out there; Because of the many accidents it was already 1954 end. In 1952, Mercedes-Benz launched the new 300 SL with a special sport grille, which still bears the name Panamericana Grill.

Its appearance was recently revived by the brand-new Mercedes-AMG GT R and the GT3 version as well as the new SL. The Carrera Panamericana was the name given to the Porsche 911 Carrera and the Porsche Panamera. A perforated transparent grille over the engine, a large tank and a slavishly replicated cockpit are the features of the small 550 RS in 1:18 scale. Its price has been reduced from 164.95 euros to 109.95 euros. This gives you a better idea of ??how well you can close your gaps in the collection with models of the highest quality or to complement them. In the Porsche area, we recommend the 908-2, which Steve McQueen intervened in Sebring in 1970. This high-quality model car with openable doors and hoods inspire the engine, chassis, frame and transmission.

The McQueen model is also an advertising model in the Porsche packaging. Just now, the DTM has come to an end, Marco Wittmann on BMW has secured the driver's evaluation and therefore the championship. Johnny Cecotto was similarly successful in 1992 with the legendary BMW M3 of the E30 series, which still looks timelessly exciting today. The model car from AutoArt to the application car of the BMW Fina Team is the hammer: Very, very many nice details like the engine, roll cage and model-simulated controls make the model an eyecatcher. Above all the drive set thrills us: Great, that it is so good to see. Which also applies to the Alfa Romeo 155 V6 Ti, with which Nicola Larini won the DTM in 1993.

What this model offers to features in the interior, the engine compartment and the trunk is the hammer. At 289.95 euros, he was also the most expensive racer at AutoArt; Today the model with four doors to be opened with 169.95 euro is still not cheap, but with its subtleties a madness. You can even take the whole front. Well, at the end of this little Appetithappen blog contribution, we recommend you to have an overview of all AutoArt models that we have collected for you from the warehouse. A really nice review of the throwbackthursday, right?