Greenlight introduces an impressive array of miniatures, which is ideal for the formation of a new collection 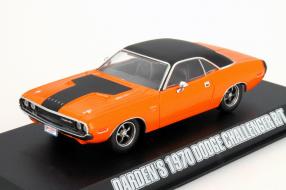 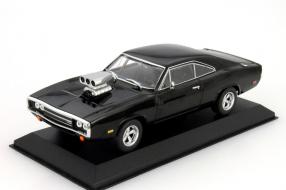 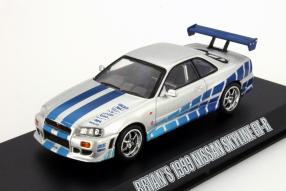 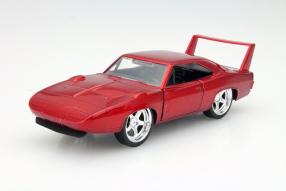 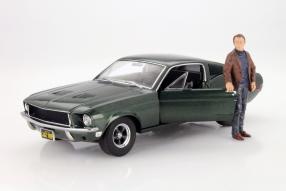 Fast cars, likeable heroes, bad guys, and stunning images are the ingredients that make up the film series "The Fast and the Furious" . Actors Vin Diesel and Paul Walker did not only set  many road races, but also a good deal of world fame. The movie series now   has brought  7 feature films and 2 short films from 2001-2015, in which the makers put more focus on the cars than the actors  according to the critics. Don't we  know that from somewhere? Of course,  because  in "Alarm für Cobra 11" the  producers rip out pages from the script with too much dialouge . Regardless  the models from "The Fast and the Furious" are perfectl to create a very special model car collection.


Collection of "Fast and Furious"


The problem is not new: Many collectors search for a topic that can be self-contained and manageable. To focus on model cars of one  brand can be quite confusing, because, for example, Mercedes-Benz does not only feature countless model cars   from the series, but also miniatures to the models from the race track and the history. If  the collector adds up the different body styles such as sedan, station wagon or coupe, he will get  numbers that quickly blow up the volume of commercial showcases. To turn to the subject of film cars and especially "The Fast and the Furious" also has the advantage to provide a little more color in the showcase , because the sports cars usually offer more vitality than silver-painted cars of bankers.


Greenlight, Jada and "The Fast and the Furious"


The modelcar Label Greenlight has demonstrated a remarkable attention to the scaling when it comes to   "The Fast and the Furious"  cars: In every  part of the movies , there are automobile protagonists. So for example the black 1970 Dodge Charger R / T, that Vin Diesel aka Dominic "Dom" Toretto drives at the end of the first part. Like most other models GreenLight has also reduced this car in 1:43 scale,  the world's most widely used collectors scale. By the way - as evidenced by the photos - in a good finish and not to a  simple toy level. There was a reunion with this type in  2009 "Fast and Furious -. New Model Original Parts." Paul Walker aka Brian O'Conner took the silver Nissan Skyline GT-R in "2 Fast 2 Furious", which GreenLight offers just like Darden's Dodge Challenger R / T from the same film.
There are also sets like the Dodge Charger R / T and the Toyota Supra RZ, that Brian drove after his Mitsubishi was blown up. Prices of Greenlight are  19.95 euros,  a refreshing collector friendly level. That  also applies to the model cars on "The Fast and the Furious" of Jada Toys. The California toy company - which we  last met in the articles on the film cars of "Jurassic World" - also takes on  "The Fast and the Furious" and offers models like the  Dodge Charger R / T 1:32 for 9.95 euros; as well as the 1969 Dodge Charger Daytona from the movie "Fast & Furious 6", Dominic's car in London and Spain. Including openable doors and true to the original interior decoration by the way!


Many more models to many other movie cars


Who now has discovered the subject film cars for themselves,  must not remain with "The Fast and the Furious" only . GreenLight and Jada Toys  have also adopted a number of other models. For example, the 1968 Ford Mustang GT is - by Steve McQueen in "Bullitt" which wrote film history because he had a ten minute chase - a high quality car from  GreenLight in 1:18 scale. With the Set Dodge Charger and Plymouth Cuda 2-Car Set in scale of 1:64  for 9,95 Euros Green Light gives insight   in the television series "NCIS". In the same size Hot Wheels brings miniatures to cars from the James Bond series. Models of Disney's "Cars" are as well available as the vehicles in which Batman chases villains. Our conclusion: movie cars are also suitable as a foundation for a collection as well as a gift idea for a fan of the respective cinema strip. 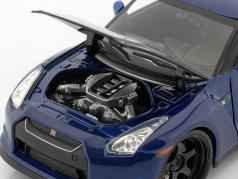 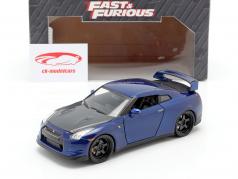 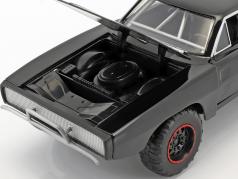 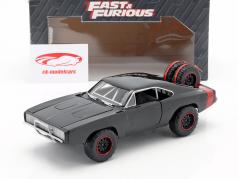 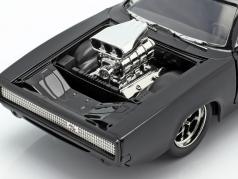 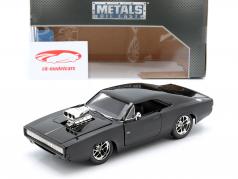 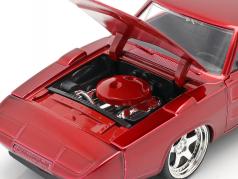 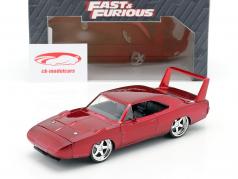