For 10 years the Dieterich Hofener modelers Herpa has wonderful models made of plastic, which you can now buy again. 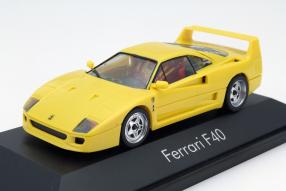 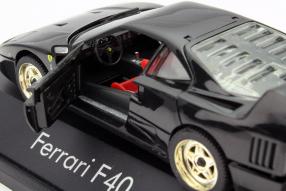 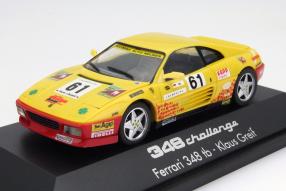 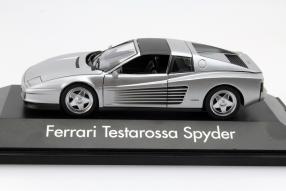 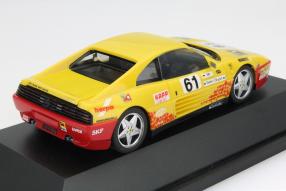 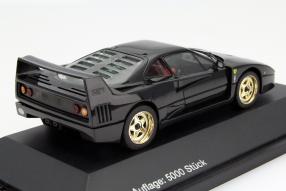 On the occasion of our coverage of the brand new Herpa models in 1:43 scale to the current Audi, VW and Porsche 911 (991 / II) we have written several times about the attempts of Dieterich Hofener manufacturer in the past to gain a foothold in this segment. Herpa had long been in the field of model cars in 1:87 scale as a competitor of Wiking a name, as 1990 the first Ferrari in size 1:43 was launched under the article number 10009. The model of the F40 was a sensation: Made of plastic, with opening doors and hoods and with just as meticulously SIMULATED interior and engine. Even a small, working suspension has realized Herpa: Something has not previously and subsequently not given it in size 1:43.

A fleet was built

A look back at a bygone era so at Herpa, but it deserves to be remembered, because the build quality of the miniatures produced from impact-resistant plastic has been amazing. In 1991, the Herpa series with the Coupé 348 tb continued: Without compromising, just as detailed as the F40, also with opening doors and hoods. The hammer was the reduction of the cooling air fins on the side panels, which should carry out the mid-engine air and the Herpa has razor sharp implemented into the model. But the broken hood and the wire rack at the rear aperture, on the rear lights were consistently great moments of modeling. At that time, prices were approximately 49.95 DM considering the performance a joke.

Testarossa in all body variations

In September 1992, the Dieterich Hofener built the program with the Testarossa further. It does not have to be mentioned separately that the model had to show also red cylinder heads, engine details and the fins were modeled on the sides also minutely exactly how the rest of the model. On the Testarossa coupe followed the Targa with removable roof midsection and the Roadster. Also from the 348 tb handed Herpa by a half-open version, the 348 ts. The doors were functioning items that hung like the other models on a fine wire, were put on this: Ingeniously simple as Herpa has solved the opening of the doors. The roof shell was the model car in naturally.

Who would not only use the roof shell, but equal to build the whole model itself, which offered Herpa models as a kit to, for mating and the finish without limitation. The Ferrari 348 tb became the basis of several special models, such as in mint green Herpa promotion model, as a model in black with mint-green interior and mint green rim or the 348 Spyder ts with contemporary rims from Borbet. Comparatively few variants there was the Ferrari 288 GTO to its high-end model of CMC in 1:18 scale we bring an article tomorrow. The Testarossa, however, were popular support various reprints and were used as advertising models on many occasions.

Where is the progress?

An excerpt from the list of printed versions: "One Pharaoh worthy", "200 years Your Hard", "Cavallo Ferrari Hire", "dona 94", "SW car rental Munich" or "Espresso Splendid", just to name a few. 109 models and pressure variations it has a total given, Herpa on request. Common to all were the absolute conformity of appearance compared by example and model, tightly closing doors and hoods, minimum gap dimensions and a technically sensational finish; also in the replica of the interior.

Too bad that the zinc die-cast models by Minichamps, Herpa & Co., the features of these models can not provide and are comparatively only printed with their closed bodies 1:43 nice, but can not compete in the neck with the Herpa Ferrari basically. ck-model cars could get a Remnants of: We recommend sports car fans to back at the models that are of interest, because in the bay they are more expensive.