CMC presents a model in 1:18 scale that raises our quality standards upwards. A grade? Not possible: Too good! 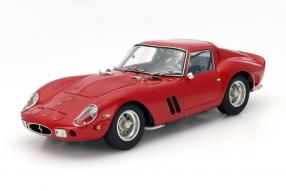 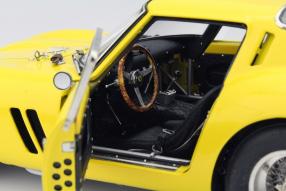 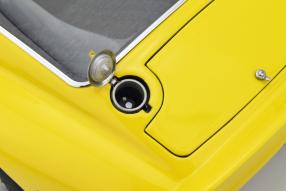 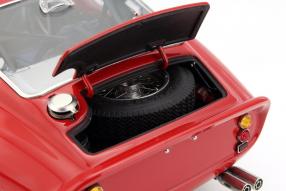 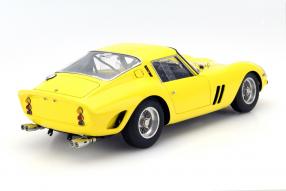 Certainly you all know the saying from the title. And since not all model cars in 1:18 scale can match the finish, that CMC offers us, the point of view shifts often: In this specific case it is meant that we put some model cars on a pedestal because they are, compared to the mass made models, distiguished by particularly good properties - but it always can get so much better. And so we move today, as promised yesterday, to the GTO from Ferrari in the focus of your attention. So we enthusiastically last from BMW M1 for example, were also so far away is the Ferrari 250 GTO it - it is even better. But the model car with a price of 449.95 euros are in the class of size because something rare, and therefore we lose the tip of what is possible just sometimes from the eye. What CMC has provided to the wheels with the 250 GTO, in fact, is a class of its own. we take a closer look.

Details that blow away any fan

The fact that the lines of the body and the appearance of their looks to the appearance of the model 1: 1 match, which is given the details almost a minor matter. A look alone the Ansaugtrompeten replicating the V12 to who brought originally 217 kW / 297 hp from approximately 3.0 liters. The vehicles, but had an engine with 4.0 liters under the hood, were at large, enclosed buckle the hood front recognizable; this also helps our model car on display. The intake pipes act as authentic, as the cast-iron cylinder heads designed. The Ferrari 250 GTO was built for homologation of Ferrari racing in the GT class. This explains the toggle fasteners with small leather straps and buckles that were simulated operational.

Why doesn't the engine work?

The fact that the rod and lines around the the prototype to the model 291 kW / 397 hp payable drive set were modeled in the correct color, goes almost without saying. The same applies to the switches and elements in the interior, which the collector at their appearance also finds the model correctly corresponding dashboard. But why does not it all? For the finish, in the CMC has implemented these details can almost suspect as if it were not for the model, but an original. You can easily book great cinema, which is possible in the model - and what does not offer us the model cars of the lower price ranges in the segment 1:18 unfortunately. a Mercedes-AMG GT Imagine with this finish; or R8, which can not keep itself in 1:12 it.

We love the wooden steering wheel

But back in the interior: highlight in the interior is certainly the wooden steering wheel, but also the seat belts, the closures and of course, the fabric-covered seats, the space frame and the shifting gate - okay, the whole interior is composed exclusively of highlights. On the outer skin delight to open service doors, the fuel filler cap, the incredibly beautiful made spoked wheels on which the GTO is. CMC has thus understood it like no other modelers to put this gem from the history of motor sport a worthy monument: victories in the 12 Hours of Sebring, the Targa Florio, the 1000 km of Spa-Francorchamps and Le Mans, where the GTO 1962 and 1963 also came second and won the GT championship.

Auction proceeds beyond good and evil

That CMC also has the body in die cast zinc to the last hole been accurately reproduced, we acknowledge the broken executed air outlets in the front fenders, the made of transparent plastic covers of the air intakes on the hood and on the Radhausentlüftungen on the rear fenders. As Hammer, we classify the replica of the interior of the tail pipe pieces and a frame provided with replicas of the taillights. Yes, half a grand for a model car is a lot of money, but it may be a model that we do meet once should indulge in life (n). A marks we can model cars from CMC in any case not to make, because then we could grade 1 anybody else give more. The 36 built original GTO way, there is all the more: Einstein offered for around 37,000 euros converted they bring today at auctions around 40 million euros. Unbelievable, right?