It is always worth to take a closer look at the novelties of the brand from the Minichamps-Univers: A rare sports car is now available in 1:43 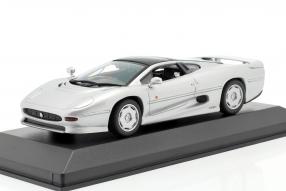 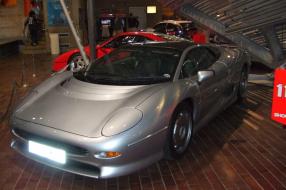 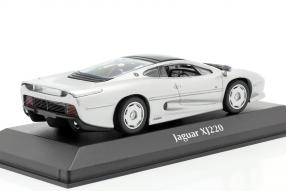 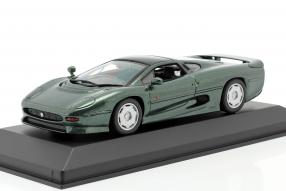 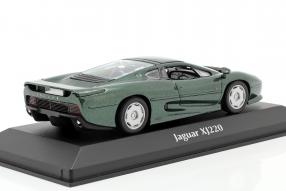 The program of Maxichamps offers actually something for every collector of diecast-modelcars: From the Ford Fiesta 2002 to the Toyota RAV4 from 2000; over the Opel Kadett C GT/E 1978 and numerous Porsche 911 is really everything that makes the collector's heart beat faster and has been seen somewhere on streets of the world. With the Jaguar XJ220 fans of top-calss super sports cars are even adressed; delivered by Maxichamps in the last week. The flat as well as fast runabout appeared in silver under the item number 940102221 as well as in dark metallic green under the 940102220. But what is the history behind these miniatures in scale 1:43? On Throwback Thursday, the name of the hashtag, behind which the net community reminds great things, our editorial staff will set the focus on this extraordinary Jaguar.

As is often the case, the history of the XJ220 begins with the gathering of a few committed men under the leadership of Jaguar chief engineer Jim Randle. This group of employees of the British car brand met on Saturdays and was therefore given the name "Saturday Club". Their goal: to build the fastest car with a license for the road; a car that could keep up with the Porsche 959 or the Ferrari F40. It should be 354 kilometers per hour or 220 miles per hour, which explains the number in the type designation. But even if the meetings of the "Saturday Club" took place outside of working hours, the top floor of the house was open to the idea: in 1989 the program was announced and Jaguar started collecting quick checks for the down payment when ordering.

It was the responsibility of the Joint Venutre Jaguar Spor to build the series version of the super sports car, which received 1,500 orders within a few days: At a planned number of pieces of 350. The Joint Venture was founded by Jaguar and Tom Walkinshaw Racing and from then on the project started. The originally planned twelve-cylinder was replaced by a V6 biturbo, the wheelbase was shortened, but otherwise the series version remained true to the design. There was good equippment even with air conditioning. In 1991, the Jaguar XJ220 offered its buyers 404 kW / 549 hp at 642 Newton meters (Nm) maximum torque from a displacement of 3.5 liters. The power was transferred to the rear wheels; shifted with a manual five-speed gearbox. The XJ220 reaches 100 in 3.8 seconds; The 200th peak in 12 seconds: 342 kilometers per hour.

That was just 213 mph, but the XJ220 had not been renamed bacause of that. The price of the almost five meter long super sports car: One million DM were demanded in Germany. The 275 times built vehicle did not decrease in value, because currently two pieces are offered on Mobile.de: Model year 1996 with 8,300 kilometers on the clock for 535,000 euros as well as a model year 1997 with 1,030 kilometers (!) on the clock for 550,000 euros. The cars are located in the Belgian Geel and the French Cannes. The modelcars from Maxichamps to this role model, however, are delivered to your home. Their line management has been transferred exactly to the outstandignly processed miniatures. They can't be beaten in finish; which also counts for the vast number of other models, which Maxichamps by Minichamps released. As already said: It's worth to take a look into the program!