Closing gaps in the collection or closing collections with rare modelcars for really fantastic prices: More here and to the 575 GTZ Zagato 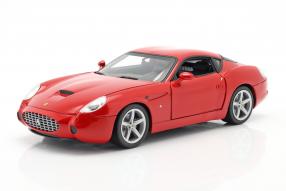 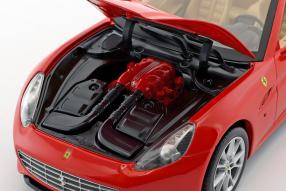 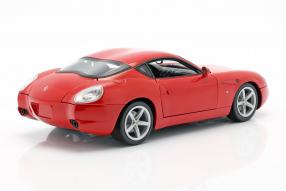 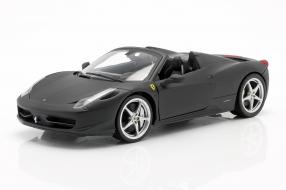 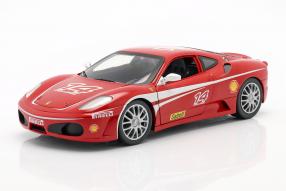 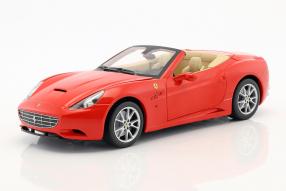 Modelcars from Ferrari count to the most popular obejcts of their type: Supported by the engagement in motorsports as well as in the formula 1 in particular, the sports cars from the province of Modena enjoy an excellent reputation for decates. Enzo Ferrari founded the company in 1947. The nucleus of the brand was the racing team Scuderia Ferrari, which used vehicles from the production of other companies in between the years 1929 and 1938. Among them were the Alfa Romeo 8C 2900 for example. Back then and still today, a rearing horse, the cavallino rampante, served as the logo of the company that moved to Maranello in 1940 as "Auto Avio Costruzioni Ferrari", where its administration is still based today. As a licensee, HotWheels has produced models in scale 1:18 that our webshop currently offers at a reasonable price: miniatures at real top prices!

To those attractive calculated modelcars, which you can reach via the link embedded below, applies the Ferrari 575 GTZ Zagato for example. This Ferrari has never existed in the Italian sales program, as it is the result of an order from the Japanese businessman Yoshiyuki Hayashi to the bodybuilder Zagato from Milan. The role model of these HotWheels modelcars, which appear in black under the item number P9888 and red (P9887), is based on a Ferrari 575 M Maranello, the successor to the Ferrari 550, which was manufactured from 1996 to 2001. The 575 M Maranello presented in 2002 produced 379 kW / 515 hp from its 5.75 liter displacement. Hayashi sent two of these cars to Zagato and asked him to redesign them in the style of the Zagato-Ferrari 250 GTZ from 1956. The result is a really successful, everyday work of art.

The chassis and engine was not touched by Zagato. That's why Ferrari gave the car its blessing, as the trade press knows. Let us hear Andrea Zagato: "We work on the whole body and don't waste time with details. That is the reason, why there is no accessories as chrome or something. We don't add art to the body - it is art itself." The aluminum body was built by hand only on the basis of drafts, without model construction. The so-called double-bubble roof, the two elevations in the roof, make the car flatter, thus improving the aerodynamics and at the same time ensuring a more rigid construction. It didn't even take half a year to complete the two commissioned productions, which prove to be real eye-catchers both as role models and as models.

The miniatures of the Ferrari 575 GTZ Zagato, produced from diecast, offer openable doors as well as a functional engine hood. The tailgate can be opened, too. The appearance of the role model was perfectly transferred to the modelcars by HotWheels. However, this quality feature can also be found in the other models of the current offer: These include the Ferrari 458 Italia Spider 2011 in two colors, the Ferrari 348 GTB from 1989, the Ferrari F430 Challenge and the Ferrari 599 GTB Fiorano 2006. To not spoil its show at the Geneva Motor Show, Zagato was not allowed to exhibit the two custom productions there. But now, in format 1:18, 575 GTZ Zagato and 599 GTB are still found in the showcases of the collectors. And all this at absolutely unbeatable prices. Our tip: Click on the link embedded below!