Subsequently declared as the winner of the second race at the Nürburgring, the team around Timo Bernhard collected important points at the Hockenheimring 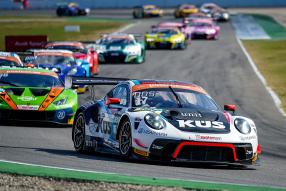 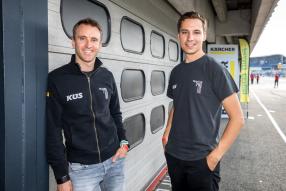 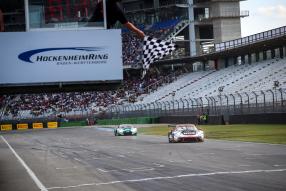 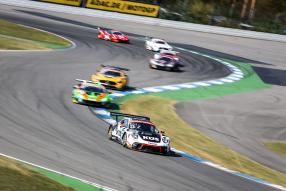 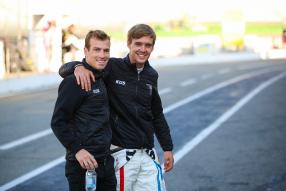 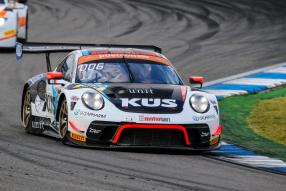 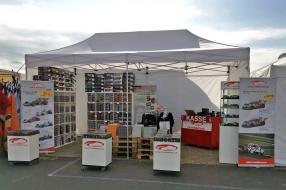 The penultimate weekend of the ADAC GT Masters 2019 has been satisfactory for our friends from KÜS Team75 Bernhard. At the Saturday race, the Porsche 911 GT3 R with starting number 17 and Timo Bernhard as well as Klaus Bachler at the steering wheel could achieve the fifth place: Desite 20 kilograms of ballast weight as a "souvenir" from the Nürburgring The sister car with starting number 18 under Matteo Cairoli and Adrien De Leener finished the race early. However on Sunday it was more successful: The guys from Bruchmühlbach-Miesau were happy after the Sunday race at the Hockenheimring with both cars in the points. Timo Bernhard (38) and Klaus Bachler (28) achieved place four in No.17; Matteo Cairoli (23) and Adrien De Leener (30) achieved tenth place in the sister car with starting number 18. How it looked in detail: Read ist yourself!

Let's take a look at Saturday: In the hard-fought qualifying session in the league of super sports cars, Porsche factory driver Timo Bernhard had placed No. 17 in sixth place. Immediately after the start he was able to make up a place, but the race was canceled after a mass collision in the first lap with the red flag. Ouch! Despite the 20 kilos additional weight Timo had to give only one place in his stint only and was able to hand over to former Porsche junior Klaus Bachler in seventh position. The sympathetic Austrian drove a flawless race and reached the finish on the fine fifth place. The Belgian Adrien De Leener had started with No. 18 from 26th place, got into the middle of the turmoil in front of the red flag and conceded two "hits". In the set-up for re-start, a wheel was changed.

Even before the pit stop to the driver change, Adrien had to park the Bernhard-Porsche with technical defect on place 22nd, which was possibly a consequential damage of the enemy contact. Porsche young professional Matteo Cairoli was no longer used. The Lamborghini-pilots Mirko Bortolotti (29) and Christian Engelhart (32) from Starnberg of team Orange1 by GRT Grasser got their third season-win at the Saturday race in Hockenheim and stay in the title race. What does the two-time endurance world champion say for Saturday? "We still had the 20 kilo ballast from the Nürburgring in the car. Therefore, fifth place is much more than damage limitation: it's really good points! We are on the way up in the championship and we want to continue that. Our goal is to finish in the top five in every race."

Let's look at the Sunday race: Twice points and a later victory! Klaus Bachler was fourth in the extremely tight qualifying. Immediately after the start, the ex-Porsche junior could make up two places before the race was interrupted again because of an accident with the red flag. After the re-start Klaus defended his place against tough competition and handed over to Timo Bernhard at the obligatory pit stop. The two-time Le Mans winner made a great deal of pressure in his stint, missed third place and thus the podium in the end just a blink of an eye. Matteo Cairoli had clinched the ninth place in qualifying, which he was able to keep in the race. Adrien De Leener took over and came after a flawless stint in tenth place and thus in the points to the finish. Twice championship points - a good team result. That was again upgraded unexpectedly!

Timo Bernhard and Klaus Bachler were subsequently declared as the winner of the Sunday race at the Nürburgring! So the race, whose second place was "rewarded" with the 20 kilograms additional weight mentioned above. The supposed winner car had not proved to be in the line with the regulations: With it, the originally second placed Timo and Klaus moved up. So here it would be, the first victory of the team with the brand new car in this year. On the green table, yes, but if a car does not comply with the regulations, that's just the case. However, the disqualified team Orange 1 by GRT Grasser wants to appeal the decision. With a confident victory from pole position, Patric Niederhauser (27) and Kelvin van der Linde (23) from HCB-Rutronik Racing drove the championship prematurely home in the Audi R8 LMS on Sunday.

We congratulate and conclude with team manager Klaus Graf: "A great team result with place four and place ten. For our starting number 17 it was not enough for the very front. We also had bad luck again. When the red flag came, Klaus already had been second. Without red, it would have maybe gone differently. When the position is already taken, it will be difficult. At the end, Timo has tried everything once again to get on the podium. But this is very difficult in this field and there are also not many overtaking opportunities at the Hockenheimring. So we are satisfied. Congratulations also to our No. 18 for their result with tenth place. All in all, a very good team result and a successful weekend for our KÜS Team75 Bernhard." This year's season ends at the Sachsenring on September 27th to 29th.