On the 12th of April, the eighth part of the Cinema series starts in the German cinemas. So what cars are chasing today from on the screen, what models are expected? 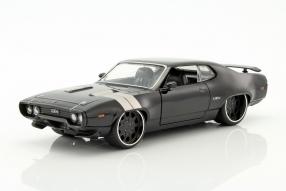 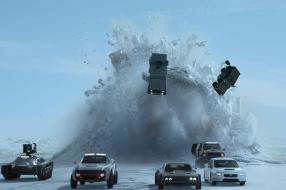 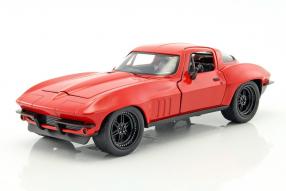 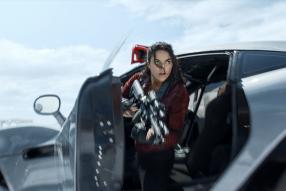 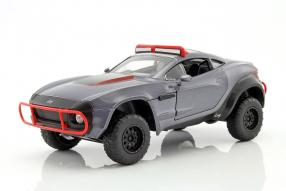 The fans of the film series "The Fast and the Furious" are based primarily on the chase, race and action sequences. Also, the eighth part with the subtitle "The Fate of the Furious" promises a lot, but it is in the forums of the worldwide Internet that many friends of Paul Walker & Co. miss the tuning scene of the first stripes and less for Tanks and ice deserts. Regardless of which hooks the action in the screenplay suggests, in any case again a lot of attractive cars, to which there are partly already the appropriate model cars. We have already introduced the first, as you can see in the link embedded here. But what can be expected? We take a look into the future.

Vin Diesel aka Dominic "Dom" Toretto is in # FF8 on the Chevrolet Fleetline, which ran from 1949 to 1952 from the band and of which we only see the torso in the film. The diesel Plymouth GTX, a 1970s Dodge Charger R / T and a 1961 Chevrolet Impala belong to Diesel's emergency vehicles. Fleetline and Charger are already available from Jadatoys in 1:24. Dwayne Johnson, in the role of Agent Luke Hobbs, drives a Dodge Ram with chains and a Navistar International MXT. Both not yet announced as Model car. Especially for actress Michelle Rodriguez, director Rob Cohen has anchored in the first part the role Letty Ortiz, who as a cathedral girlfriend did not always act on the side of the good, between was also considered dead, has meanwhile returned again and this time against her friend, Corvette and the Local Motors rally fighter.

Tej: From A as tuning to Z as weapon construction

Lettys cars are now also available as a 1:24 scale model. Tej Parker is embodied by the actor Chris Ludacris Bridges and has been responsible for the technology since the second part of the series: from auto tuning to gun construction, he meets all challenges. In # Fast8 he relies on the Ripsaw tank from the production of Howe & Howe Technologies, already available as a 1:24 model. With the Mercedes AMG GT, however, he is more likely to appeal to the taste of the car. On its wheels in the model, we are already looking forward to today: the C 190 is equipped with black diamond rims in 9 and 11 x 20 inch, 255/30 and 295/30 Pirelli tires. Stilcht is also Playboy Roman Pierce (played by Tyrese Gibson) on the road: He impresses with a Lamborghini Murcielago and a Bentley Continental GT. Cars that we can imagine as a model well.

Clint Eastwood's son Scott drives the Subaru Subaru WRX STI as Little Nobody as well as a BRZ of the same brand; The WRX we have shown you as a model in 1:24 already. Action and car specialist Jason Statham remains faithful to Deckard Shaw and continues his fight against Vin Diesel with the Jaguar F-Type R in British Racing Green. On display will be a 1956 Ford Fairlane and various military vehicles, a Land Rover Defender and the Dodge Demon, which by the way is now its premiere at the New York International Auto Show. At the end of this article, the fans of our blog know that we have a lot of things to do at 1:24 and 1:18 in this enormous fleet. An overview of all model  available for the film series can be found on this specially designed website.

Click here: "The Fast and the Furious" in the model