A very detailed model car from GT-Spirit makes a pure-bodied diva also in the size 1:18 from a volume model. In the video: The Sound of Brabus! 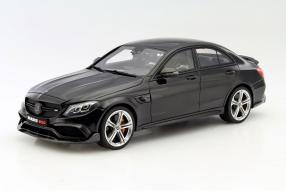 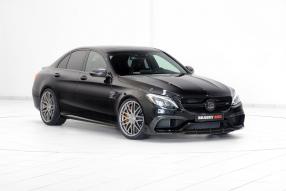 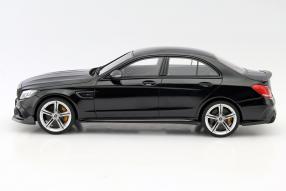 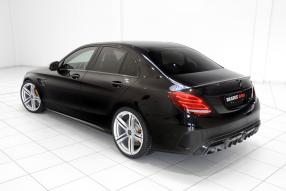 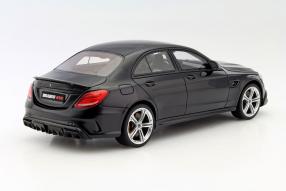 Perhaps it would be advisable to entertain you with an article on a sensible all-wheel drive, but we decided to make your mouth watery for spring with a fast-paced street sweep, the model car to the Brabus 650 based on the current Mercedes- Benz C-Class or the Mercedes-AMG C 63 S. The model celebrated its world championship at the Geneva Motor Show 2016 and offers the buyers an engine with a remarkable 478 kW / 650 hp under the hood, which has a maximum torque of 820 Newtonmeters ( Nm) to the crankshaft and the Viertürer to a maximum speed of 320 kilometers per hour. Well, are the rapid values ??the desire to make dry, warm and free roads?

The changes on the motor opposite the C 63 S

As a result, the revised eight-turbo bit turbo requires only 3.8 seconds to 100. In terms of looks, the Brabus 650 also makes a good job: carbon components for the body, custom-made 20-inch wheels and a distinctively sporty interior set further exciting accents. Compared to the base, the drive set received an update of 103 kW / 140 hp of power, the technology components of which are also available for already delivered C 63 S. With a supercharged engine like the 4.0-liter eight-cylinder in the C-Class, more load pressure is one of the key features of the motoring, as Brabus confronts our editorial team. That is why the Brabus engine engineers developed two special turbochargers with a larger compressor unit and a special trunk group with reinforced axial bearing.

The electronic charge pressure control as well as injection and ignition are controlled by an in-house control module with new data sets, which also contributes decisively to the increase in performance. The high-performance eight-cylinder is shifted with the C 63 S seven-speed sport gearbox, which can also be operated manually with the Brabus Race aluminum shift paddles on the steering wheel. In order to make the C 63 S acoustically even more exciting, Brabus offers a completely exhaust-exhausted sports exhaust system with exhaust-gas control for the V8 - whether with or without engine tuning. This allows a sound management controlled electronically from the cockpit. At the push of a button, you can choose between subtle Coming home mode and extremely sporty engine sound with open flue gas flaps.

Please let the video embedded in the article above run out and simply enjoy the music that these cars make while fully exploiting their possibilities. But now back to the model: GT-Spirit has not only converted the look of the Brabus 650 exactly to the 1:18 scale, but also perfectly adapted the visual carbon body elements. To be seen, for example, on the front spoiler, the model of which can be installed both in the saloon as well as the station wagon. The carbon covers for the side air intakes give the C-Class top model an even more striking appearance has been masterfully reduced by GT-Spirit. An aerodynamic update was also developed for the rear of the C 63 sedan.

All the details perfectly transferred to the 1:18 format

The carbon rear spoiler reduces the lift on the rear axle together with the diffuser produced from the same high-tech material. In addition, the rear skirt insert also perfectly sets the two double-flow tailpipes of the Brabus sports exhaust system. The latest member of the wheel family from Brabus is the Monoblock T styling with five spokes, which are fitted with carbon-fiber elements - perfectly reproduced by GT-Spirit. No question that the model car to the Brabus 650 with the best counts, which the French put in the showcases of the collectors. Even if the doors and hoods of the model made of Resine plastic remain closed, the passion in us for these cars is fully ignited. In you, too? We wish you a nice weekend!