The Nürnberg Toy Fair is underway. We will tell you what the Simba-Dickie-Group plan for the coming year. 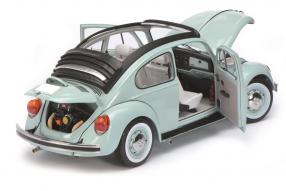 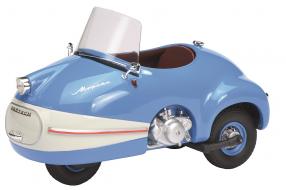 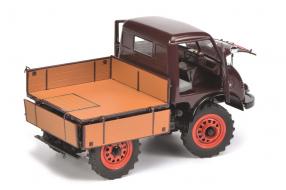 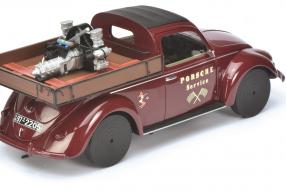 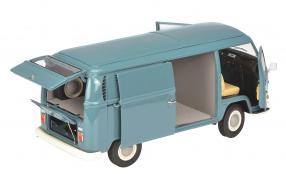 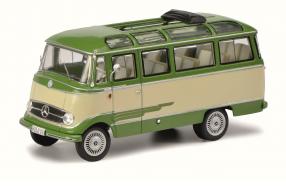 In the years since the launch of the first-generation Audi Q7 model in the 1:43 scale, the Schuco label has developed into a top brand for the construction of modellautos and has snapped many licenses for the production of current miniatures to the competitor Minichamps. At the same time, Schuco is also riding the wave of the development of previous bestsellers such as various Porsche and VW buses from the 1960s and later. In the following months, the ladies and gentlemen from Fürth are able to build this discipline in a skilful way and present a flood of interesting novelties especially in the 1:18 edition, of which we would like to introduce you to the highlights. With pictures, because another manufacturer has not made it until now - two days after the start of the fair - to supply us with photos of the novelties. Press work is not everyone's business.

Friends of the collection of Modellautos have our highly enthusiastic coverage in terms of the high-quality miniatures of the Volkswagen types VW T3 as bus and joker as well as the T1 flatbed in 1:18 still in the best memory. Accordingly, the 50-year edition of VW T2 stands out particularly well in the news section: The VW T2a with its just above the bumper at the front of the windscreen appears as a bus as well as a transporter and flatbed. The modellautos offer all-opening doors and are made of diecast: the fully authentic, fully functional design of the sliding door operation is particularly noteworthy in the case of buses and vans. In the rear, the boxer is slumbering behind a hood that can be opened: Very large class, which belongs to the collectors.

We will see a VW Transporter T1b in the factory painting Ferrari / Abarth in the 1:18 edition. Let us stay in the field of automotive history: With the Brütsch Mopetta in the same size, but made of Resine plastic, Schuco offers us superbly crafted toddlers to prototypes from the early days of mass motorization. The Mopetta was already guest in our blog, however, in 1:43. In the same series of Historic Cars comes the Zündapp Janus, the front looks just like the rear. Also here: Perfect finish, a perfectly coherent look. The Jaguar E-Type Shooting Brake in the black look of a corpse car is just as well done, but taste not perhaps everyone's thing.

A beetle with a Porsche engine as a cargo

The VW beetle Beutler Pritsche also transports a Porsche engine at 1:16 in the loading area; A model, at the fair still without wheels, but of very great potential. In this circle, the Goggomobil, to which the Edition Historic Cars Pro.R18 likewise provides Modellautos may not be missing. In the 1:10 edition Schuco announces great motorcycles from the time of the economic miracle: Victoria Avanti, Heinkel Tourist 103 A2, Simson KR 51/1 Schwalbe and Zündapp KS 50 Supersport. Back to four wheels, because the 1:64 model comes from the following models: Mercedes-Benz - / 8 Police, Mini Cooper Open Air, VW Beetle 1960 Fire Brigade, Lamborghini Huracán Concept Black, VW T3 Joker with high roof - really quite, completely loving Snuffy models with a great look and high-quality look.

Saurer twins could be real hits

A highlight for themselves are Opel Blitz, the Porsche 911 G model and the two sister models Saurer 3C-H as an omnibus and truck in the 1:43 scale and also in the series Pro.R43. Spread over a total of nine different standards and 13 product lines, Schuco brings about 160 innovations. All at the same time, the excellent attention to detail and the craftsmanship, which characterize the miniatures, are at first sight. On a model such as the Saurer chassis with the two superstructures of the transport company Bachmann, you really have to get on it.

We are not concerned about the success of the Schuco success story. They will come back in 2017 again. In the above embedded, brand new video of the toy fair we have impressions from Nuremberg for you. Have fun with it!