Hardly any car maker currently offers such a no-frills, this modern and timeless design as Range Rover. We look at a model of it. 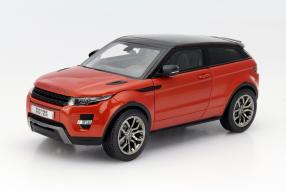 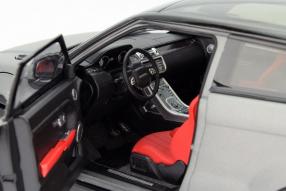 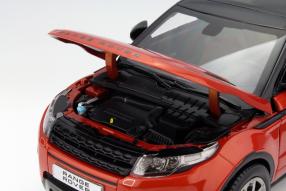 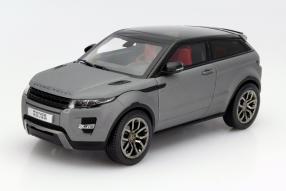 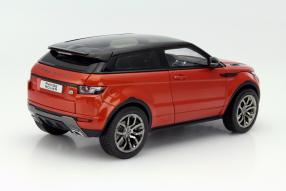 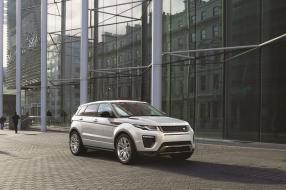 After the over view of the Mini in yesterday's blog post again rolled a model car from Welly in the focus of our attention: With the 2011 Range Rover Evoque, the label shows a model of a prototype that has received in the meantime a facelift, but nevertheless shows the car model produced in 1:18 scale, which do not need to fear comparison with Minichamps Norev and the GTA series the Welly models. The small Evoque from Welly is a Evoque Coupé, ie a two-door and made of die-cast zinc; Hoods and doors can be opened and thus generous grant insights into model making skills and the art of the prototype. The proportions and appearance true total, as well as the look of the details on the front apron are met perfectly.

A glance at the model

The Range Rover Evoque is the sixth model of the terrain car manufacturer Land Rover. It is under the internal code L538. The Evoque was unveiled in July 2010, the international community and went into production 1 year later. Its market launch took place on 16 September 2011. The vehicle will be offered as a five-door and three-door coupe with a lowered roof as. The latter served the creators of Welly as a model for the model discussed here; a version resine plastic has already offered early 2014 Century Dragon. Ford controls the 177 kW / 240 hp four-cylinder in the model: His power brings the gasoline out over a six-speed automatic and all-wheel drive on the road.

The diesel engine with 110 kW / 150 PS and 140 kW / 190 hp derived from PSA. The weaker variant, with front- or all-wheel drive, hand-turned or be ordered with automatic transmission. The cars reach their top speed depending on the engine at 180 or 217 kilometers per hour. This tempo reached a Welly-Evoque of course, but a look under the hood confirms the large class to which the model was manufactured. The covers are similar to those of the prototype; 4 colors are there, with which the drive set was staged. Grille mesh and very well recreated inside headlamps are deducted correctly from the end plate; logotype on the bonnet implemented sublime.

Great work in the interior

Modelling at its finest also the front underrun protection, LED daytime running light strips and the vents or their plastic visors. The alloy wheels of the Evoque Coupé were transferred in such detail and graceful beautiful the model that the wheels have already earned the title small piece of art. The windscreen wipers, exterior mirror housings and the prototypically at the edges blackened interior glazing know to please by artisanal very clean implementation. The door handles have been fitted; the door seals modeled consuming and deposited matt black.

A dream are also the details at the rear: especially the taillights, the underride guard and the fantastic matching tailgate inspire us. A feast for the eyes is the interior of the small Evoque: dashboard system, trim and instruments form the design of the model as desired by well. The center console and instrument panel complete the impression we have of these models, perfectly: Next Top Model in the showcases of collectors is there.

The traditional label Land Rover presented at the Geneva Motor Show and Accessories 2015the first facelift of his bestseller Range Rover Evoque before and thus for the Year 2016. The exceedingly attractive body design has been further refined, serene but basically intact. The front apron has been given a new look, which acts contemporarily.

New and economical diesel engines to reduce emissions, extended service intervals operating costs. 7 trim levels provide in conjunction with 17 optional packages for a wide individualization. The new Range Rover Evoque is also the first car out of the house Jaguar Land Rover, which knows how to shine with adaptive full LED headlights. We are already looking forward to the latest model cars to vintage.